China is also concerned about Islamist influence spilling over from Pakistan and Afghanistan into its far-western Xinjiang region. 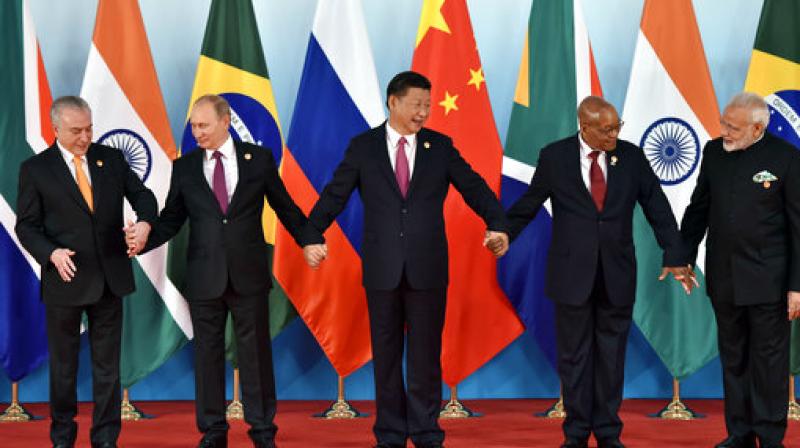 Another group the BRICS named was the Haqqani network (Photo: AP)

Islamabad: Pakistan on Tuesday rejected a statement by the five emerging-market BRICS powers that militant groups in Pakistan pose a regional security concern, with its defence minister saying no group operates freely inside Pakistan.

The minister’s response follows a statement on Monday by Brazil, Russia, India, China and South Africa that also called for patrons of the Pakistan-based militant groups to be held to account.

“These organizations, they have some of their remnants in Pakistan, which we’re cleaning,” Defence Minister Khurram Dastagir Khan told the Geo TV channel, without specifying which groups he was referring to.

“But Pakistan, we reject this thing categorically, no terrorist organization has any complete safe havens.”

The groups named by the BRICS include anti-India militant factions such as Jaish-e-Mohammad, which was blamed for a 2001 attack on India’s parliament, and Lashkar-e-Taiba, which India blames for cross-border attacks including a 2008 assault in its financial capital Mumbai in which 166 people were killed.

Another group the BRICS named was the Haqqani network, which is allied with the Afghan Taliban militants waging war on the US-backed government in Kabul and foreign forces there.

The United States has been calling on Pakistan to do more to tackle alleged Haqqani network sanctuaries on the Pakistani side of the Afghan border, or it might cut military aid.

China is also concerned about Islamist influence spilling over from Pakistan and Afghanistan into its far-western Xinjiang region, where some members of a Muslim minority chafe at Chinese Communist Party rule.

Countries attending a December conference aimed at stabilising Afghanistan made a similar statement, naming several Pakistan-based groups as a source of concern.