Under Article 224-A(1) of the constitution of Pakistan, a caretaker government is set up to organize elections in the country 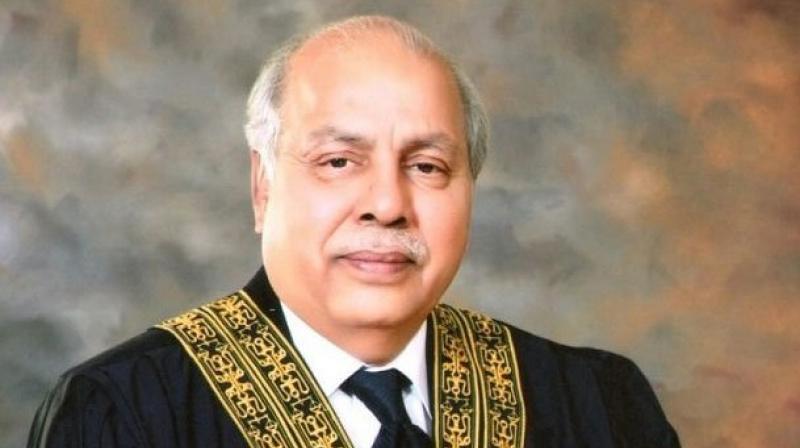 Islamabad: Pakistan's former chief justice Gulzar Ahmed was on Monday nominated for the office of the caretaker prime minister by incumbent Imran Khan, amid ongoing political crisis in the country.

Former information minister and senior leader of the Pakistan Tehreek-e-Insaf party Fawad Chaudhry said that the premier made the decision after approval from the party's core committee.

The announcement comes after President Arif Alvi sent letters to Prime Minister Khan and Leader of the Opposition Shehbaz Sharif on Monday seeking suggestions for the appointment of a caretaker prime minister.

"In response to the President's letter, after consultation and approval by the PTI Core Committee, Prime Minister Imran Khan has nominated Pakistan's former chief justice Gulzar Ahmed for the post of caretaker Prime Minister," Chaudhry said.

In his letter, President Alvi told them in case they do not agree on the appointment within three days of the dissolution of the Parliament, they shall forward two nominees each to a committee to be constituted by the Speaker, comprising eight members of the outgoing assembly, or the Senate, or both, having equal representation from the treasury and the opposition.

The Constitution has empowered the president to appoint a caretaker prime minister in consultation with the prime minister and the leader of the Opposition in the outgoing National Assembly, the President's Secretariat said in a statement.

Under Article 224-A(1) of the constitution of Pakistan, a caretaker government is set up to organize elections in the country.

So far Shehbaz Sharif has refused to take part in the process, terming it illegal.

Born in 1957, Justice Ahmed served as chief justice from December, 2019 until his retirement in February 2022.

He was part of a five-judge bench that disqualified former premier Nawaz Sharif in the Panama Papers case. He made headlines multiple times due to his strong verdicts and comments against governments and bureaucrats.

Justice Ahmed had also ordered authorities to reconstruct a temple vandalised by a mob in northwest Pakistan and instructed them to recover the money for the restoration work from the attackers whose act had caused "international embarrassment" to Pakistan.

He had also attended a grand function at the rebuilt temple to celebrate Diwali festival last year and to express solidarity with the members of the Hindu community.