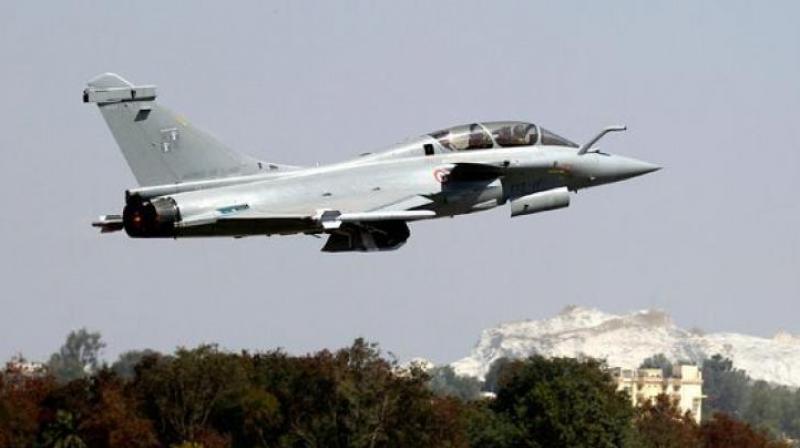 Pakistan, however, has consistently denied the Indian Air Force's claim, saying none of its aircraft were shot down. (File Photo)

Islamabad: Pakistan military Friday called on India to "speak the truth" about the "actual losses" in an aerial dogfight between the nuclear-armed neighbours, after a leading US magazine questioned India's claim that one of its fighter jets shot down a Pakistani F-16 on February 27.

His remarks came after a report in US-based Foreign Policy magazine, quoting two senior American defense officials with direct knowledge of the situation, said the US personnel recently counted Pakistan's F-16s and found none of the planes missing.

Also Read: US count of Pakistan's F-16s fighter jets found none of them missing: report

"The findings directly contradict the account of Indian Air Force officials, who said that Wing Commander Abhinandan Varthaman managed to shoot down a Pakistani F-16 before his own plane was downed by a Pakistani missile," the report said.

After the aerial confrontation, India said one of its MiG-21 fighter jets downed a Pakistani F-16 before itself being shot down on February 27. The pilot of that jet Varthaman was captured by Pakistan and handed over to India on March 1 in an effort to de-escalate the crisis.

Pakistan, however, has consistently denied the Indian Air Force's claim, saying none of its aircraft were shot down during the weeks of tensions between the two nuclear-armed countries. Pakistan also claims to have shot a second Indian Air Force jet during the engagement, a claim India has dismissed.