Pakistan's claims of shooting down an Indian Air Force Sukhoi Jet were rubbished by sources in the know here on Tuesday. 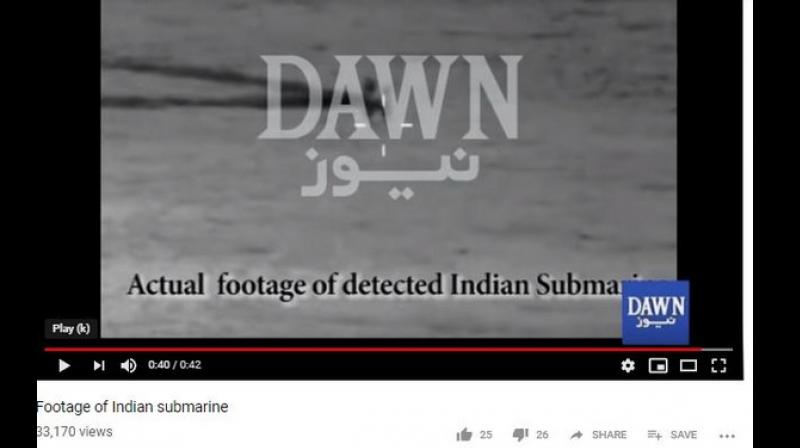 New Delhi: Pakistan's claims of shooting down an Indian Air Force Sukhoi Jet during the mid-air face-off between Indian Air Force and Pakistani Air Force jets on February 26th were rubbished by sources in the know here on Tuesday. The sources also rejected claims by the Pakistani government of an Indian submarine that had ventured into Pakistani waters on Monday as claimed by Pakistan media today.

Spokesperson for Pakistan's armed forces Major General Asif Gafoor had initially claimed that two jets of the Indian air force were shot down and three Indian pilots were in Pakistani territory. However, this number was revised to one IAF jet down and one Indian pilot arrested. However, claims of the IAF Sukhoi jet shot down were amplified in Pakistani news outlets which continued without correction. Government sources here today rejected these claims.

Multiple media outlets in Pakistan today were provided grainy footage of what the Pakistan Navy claimed was evidence of an Indian submarine entering Pakistani maritime territory. The Pakistani navy spokesman also said that their navy de-escalated a possible maritime confrontation with India. "In order to maintain peace, the Indian submarine was not targeted which is a reflection of Pakistan's desire for peace," read the Pakistani Navy statement as quoted by Pakistani news channel Geo News.

When asked about this recent claim from the Pakistan military establishment, sources dismissed these reports as well and said that the media in Pakistan was indulging in fake news and was deluding their population by confusing them about possible Indian military actions. "If you compare the two videos that Pakistan is putting out (on Indian submarines)... they are identical. We (India) are not in their vicinity, Pakistan is doing this to divert attention," the source added.