The Indian engineer was sentenced after he sneaked into Pakistan from Afghanistan to meet a girl he had befriended on the internet. 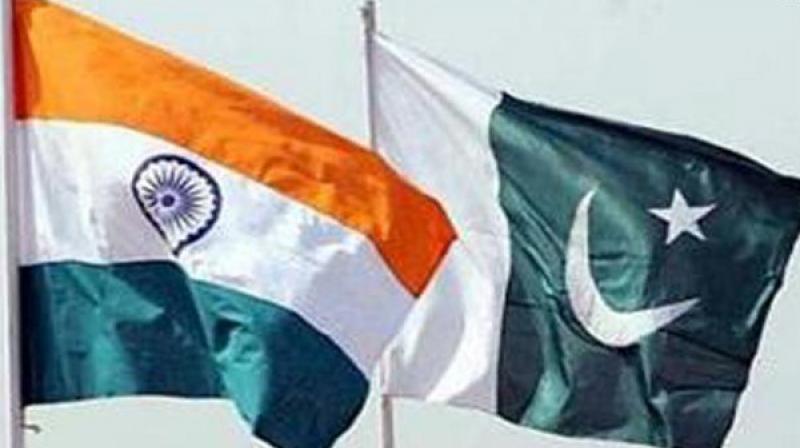 She said the period of Ansari's detention before conviction may be counted as sentence served, that he may he be released on humanitarian grounds, and that he may be allowed to talk to his family on the phone. (Photo: File/ Representational)

Lahore: The mother of an Indian engineer, who was sentenced after he sneaked into Pakistan from Afghanistan to meet a girl he had befriended on the internet, has appealed to President Mamnoon Hussain to remit the remaining period of her son's prison term.

In a letter to Hussain, the mother of Hamid Ansari said: "Mohtaram Sadar - your government has shown clemency to foreign nationals who have committed far graver offences than Hamid Ansari.

"The country's credit for listening to humanitarian calls will go up and the chances of relief for Pakistani citizens in Indian prisons might improve if you could remit the remaining period of Hamid’s prison term."

She said the period of Ansari's detention (three years) before conviction may be counted as sentence served, that he may he be released on humanitarian grounds, and that he may be allowed to talk to his family on the phone.

The Indian national was tried in a military court and was awarded three years' vigorous imprisonment that started from December 15, 2015 and will end on December 14 2018.

Ansari, a Mumbai resident, suffered injuries after he was attacked by inmates in the Peshawar Central prison in 2016.

According to the Human Rights Commission of Pakistan, Ansari, an assistant professor at an Indian management institute, became friendly with a girl belonging to Kohat (in Kyber Pakhtaunkhawa province of Pakistan) through Facebook.

"When she feared the denial of her rights, he decided to come to her rescue. He could not get a Pakistan visa but was able to fly to Afghanistan and enter Pakistan, though without valid papers. He was arrested from a hotel in Kohat on November 14, 2012.

"Thus, for five years he has been in the custody of the Pakistani authorities. Charged with espionage and not with illegal entry into Pakistan, he was sentenced to three years imprisonment by a military court," says known rights activist I A Rehman.

"There is no doubt that Hamid Ansari committed an offence but his motives, love or a desire to help a woman in distress, are strong mitigating circumstances. He has already suffered enough for his naivete," he said and demanded his immediate release.

On the other hand, a Pakistani woman journalist who was allegedly kidnapped while pursuing the case of Ansari two years ago, has gone missing again two months after her return.

President of the Commission of Inquiry on Enforced Disappearances Justice (retd.) Javed Iqbal had said Shahzadi had been recovered from an area on the Pakistan-Afghanistan border on Thursday night.

"Non-state actors and anti-state agencies had abducted her and she has been recovered from their custody," Iqbal said.

Rehman said Shahzadi has gone missing again. "Missing of Shahzadi two months after her return from two-year captivity is alarming."

He says Shahzadi, a young and poor journalist without any clout, had dreams of helping her fellow human beings.

"When she learnt that an Indian named Hamid Ansari was in trouble for trying to help a Pakistani girl, she thought this was a case that could help her establish herself as a bold human rights defender and a skilful journalist.

"She persuaded Ansari’s mother to grant her authority/permission to pursue the matter before the Peshawar High Court. She also met the Indian high commissioner at a public meeting, probably to seek his help in the case," he said.

The 26-year-old local reporter of Daily Nai Khaber and Metro News TV channel had gone missing on August 19, 2015, when some unknown men allegedly kidnapped her while she was en route to her office in an auto-rickshaw from her home in a populated locality of Lahore.

On her return in this October she was not allowed to speak to anyone. Later, her family reported she has gone missing again.