Indonesia’s disaster agency says the volcano remains at its highest alert level but most of Bali is safe for tourists. 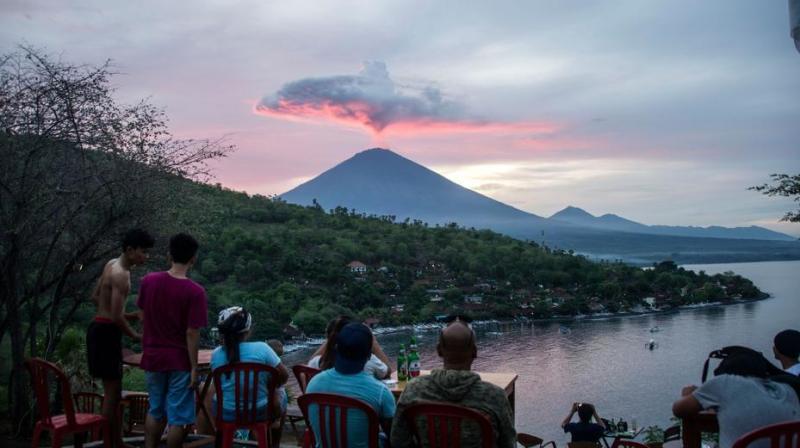 Bali: Gushing ash from Bali’s Mount Agung volcano has dissipated into a wispy plume of steam, and Australian airlines that cancelled some flights to the Indonesian resort island on the weekend have returned to near-normal schedules.

Indonesia’s disaster mitigation agency said on Monday, the volcano remains at its highest alert level but most of Bali is safe for tourists.

The exclusion zone around the volcano still extends 10 kilometers (6 miles) from the crater in some directions. More than 55,000 people are living in shelters.

Airlines Jetstar and Virgin Australia, which cancelled flights over the weekend even as the ash cloud shrank dramatically, said they were resuming services from Monday.

The region’s volcanic ash monitoring centre in Darwin, Australia, has stopped issuing advisories for Agung, reflecting that it’s currently posing no threat to aircraft. It would resume advisories if there’s another eruption.

Indonesian government volcanologists say Agung’s crater is about one-third filled by lava and there is still a high risk of more eruptions.

The volcano’s last major eruptions in 1963 killed more than 1,100 people and it was active for more than a year.

David Boutelier, a geologist at the University of Newcastle in Australia, said the chance of a violent explosion is still “very high” but possibly not as high as several weeks ago because pressure is being released.