Disrespecting the national anthem made a criminal offence punishable by up to three years in prison, amid rising nationalist appeals. 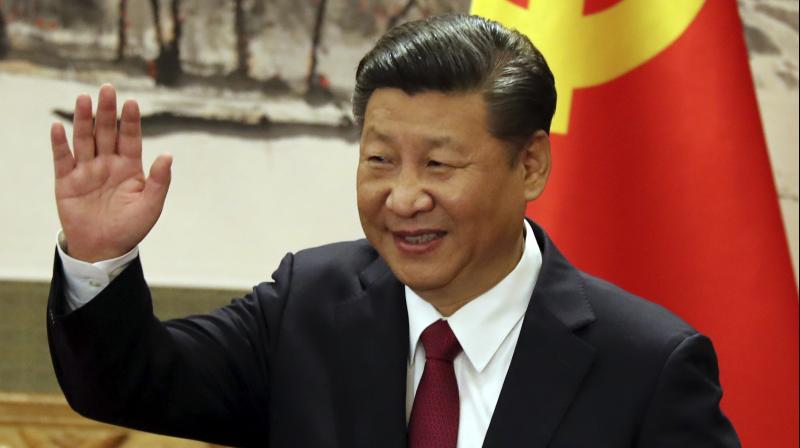 The move follows Xi’s appointment to a second five-year term as party leader, for which he has touted a vision of achieving a “Chinese Dream” of a powerful, prosperous nation. (Photo: AP)

Beijing: China’s rubber-stamp legislature on Saturday made disrespecting the national anthem a criminal offence punishable by up to three years in prison amid rising nationalist appeals from the ruling Communist Party under the leadership of President Xi Jinping.

The Standing Committee of the National People’s Congress passed an amendment to the country’s criminal law outlining punishments for people found “seriously” disrespecting the national anthem in public.

The move follows Xi’s appointment to a second five-year term as party leader, for which he has touted a vision of achieving a “Chinese Dream” of a powerful, prosperous nation.

It also comes as the anthem, “March of the Volunteers,” has in recent months been a political flashpoint in the southern Chinese city of Hong Kong, where tensions are rising over Beijing’s efforts to assert its authority over the territory.

According to the amendment passed Saturday in Beijing, penalties include detention, imprisonment of up to three years and the deprivation of political rights.

Such punishments previously applied to the desecration of the national flag and emblem in public, China’s official Xinhua News Agency reported.

Soccer fans in Hong Kong have booed the anthem when it’s played at games between the home team and teams from China or other countries, leading to fines from FIFA, the sport’s governing body. Pro-democracy activists and lawmakers fear a national anthem law could be used to undermine freedom of speech in Hong Kong.

The National Anthem Law, which came into effect in October, stated that playing the anthem on occasions deemed improper, including funerals, or for changing its wording or presenting it in a disrespectful manner could be punished with 15 days in detention.

China’s legislature adopted a decision to include the law in Hong Kong’s and Macau’s mini-constitutions, known in each territory as the Basic Law.

Since his appointment as party leader in 2012, Xi has established a growing cult of personality that leans heavily on his image as a patriotic leader who brooks no slight to national dignity.

Hallmarks of his term in office have included a stronger military, bolder foreign policy and aggressive economic expansion abroad, as well as sharply reduced space for criticism or political dissent at home.