Around 25 mud houses were swept away as rains intensified since Friday night, a Balochistan govt spokesperson said. 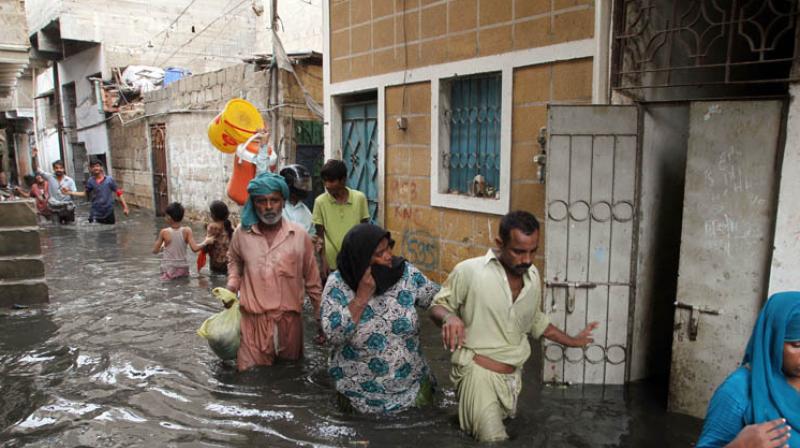 Lasbella district and Hub, which are close to Karachi, have been worst affected by the flash floods, the spokesperson said. (Photo: AP/Representational)

Karachi: At least 15 people have been killed in flash floods triggered by torrential rains which swept away several houses in Pakistan’s southwestern Balochistan province, officials said.

The floods followed heavy downpour which has been lashing several parts of the country since Friday.

“According to our provincial disaster management cell, 15 people were washed away in the floods and 11 bodies have been found so far,” Balochistan government spokesperson Anwarul Haq Kakar said.

Lasbella district and Hub, which are close to Karachi, have been worst affected by the flash floods, he said.

Around 25 mud houses were swept away as rains intensified since Friday night, he said.

The rains have caused plenty of damage and casualties in many parts of the province.

In Karachi, nine persons were killed in rain-related incidents since Friday.

Due to poorly constructed houses in mainly rural areas of Balochistan and Sindh, heavy rains and flash floods cause misery and damages every year.