Pakistan government, not India, behind my house Arrest: Hafiz Saeed

He had earlier blamed India and the US for his detention saying the Pakistani government had put him under house arrest under pressure. 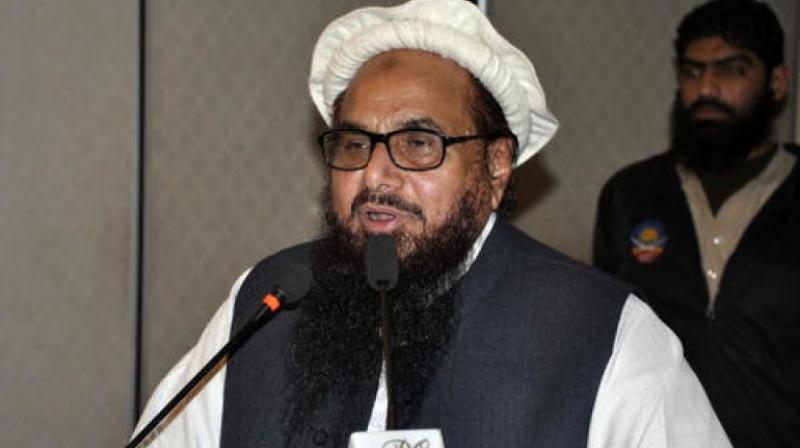 The 2008 Mumbai attack mastermind further said the Pakistan government should not ignore the 'atrocities' in Kashmir and play its role to help the Kashmiri people secure freedom. (Photo: File)

Lahore: Jamaat-ud-Dawah chief Hafiz Saeed on Friday backtracked from his earlier statement about the alleged role of India and the US in his house arrest, claiming he was detained by the Pakistan government to stop him from raising the Kashmir issue.

Saeed was released from house arrest in November 2017.

The 2008 Mumbai attack mastermind further said the Pakistan government should not ignore the "atrocities" in Kashmir and play its role to help the Kashmiri people secure freedom.

"I fail to understand as to why Islamabad is ignoring the sacrifices of Kashmiri people. Prime Minister Shahid Khaqan Abbasi should stage a sit-in along with at least five members of his Cabinet outside the office of the UN on February 5 to express solidarity with the Kashmiri people," he said.

Saeed, the founder of the Lashkar-e-Taiba, has a bounty of USD 10 million on his head.

He was also critical of the Pakistani media for allegedly speaking India's language.

"I really get hurt when I am called a terrorist by elements in the Pakistani media for speaking on the issue of Kashmir," he said.

Saeed walked free on November 24 after the Pakistan government decided against detaining him further in any other case, in a setback to India's efforts to bring to justice the perpetrators of the Mumbai terror attack.