The arrests were made after police and security forces carried out raids in Badhber, Telaband and other areas. 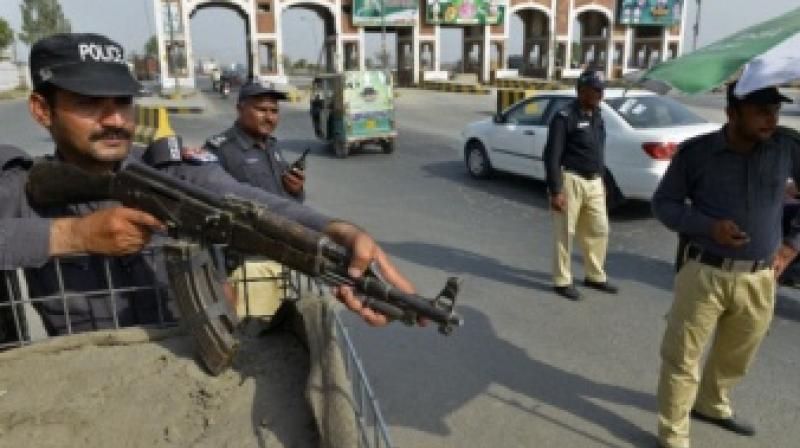 The heavily-armed militants, who arrived in an auto rickshaw, attacked the students' hostel of the Directorate of Agriculture Extension on the University Road. (AFP/ Representational)

Peshawar: Nine persons were arrested Saturday in Pakistan in connection with the Taliban attack on a Peshawar agriculture training institute in which at least 12 people, including students were killed and 35 others injured.

Three burqa-clad Taliban militants stormed the institute and opened indiscriminate fire, killing at least 12 people, half of them students, before being shot dead by security forces Friday.

The arrests were made after police and security forces carried out raids in Badhber, Telaband and other areas.

"Nine suspects were nabbed and were being probed for their role in the attack," a senior police officer said.

A huge cache of weapons was also recovered, he said.

Earlier, the Counter-Terrorism Department (CTD) lodged an FIR in connection with the pre-dawn attack against unknown persons.

Army said that the attack was planned and handled from Afghanistan where TTP militants are hiding.

Meanwhile, bodies of victims were shifted to their native areas where funeral rituals were performed before their burial.

The heavily-armed militants, who arrived in an auto rickshaw, attacked the students' hostel of the Directorate of Agriculture Extension on the University Road in the city, the capital of the restive Khyber-Pakhtunkhwa province.

The institute was closed for the Eid-e-Milad holiday, but about 70 students were present in the hostel.

Aerial surveillance of the operation was carried out by the army aviation division whereas armoured vehicles of security forces were also called on site.

Three terrorists were killed by security forces after a gunfight which lasted for an hour.

A police officer and two army troops were among the injured.

An eyewitness said he and his colleagues were sleeping when the firing started, media reports said.

The students present at the premises are undertaking their diplomas in Agriculture Sciences and Veterinary Sciences.

Peshawar, close to the Afghan border, has seen some of the worst violence incidents during the Taliban insurgency in recent years.

In 2014, a total of 147 people, including 132 school children, were massacred in one of the deadliest terrorist attacks in the country's history when terrorists stormed the Army Public School in Peshawar Cantonment and opened indiscriminate fire.