The House of Male witnessed heated exchange of words between representatives of India and Pakistan after Pak raised the Kashmir issue. 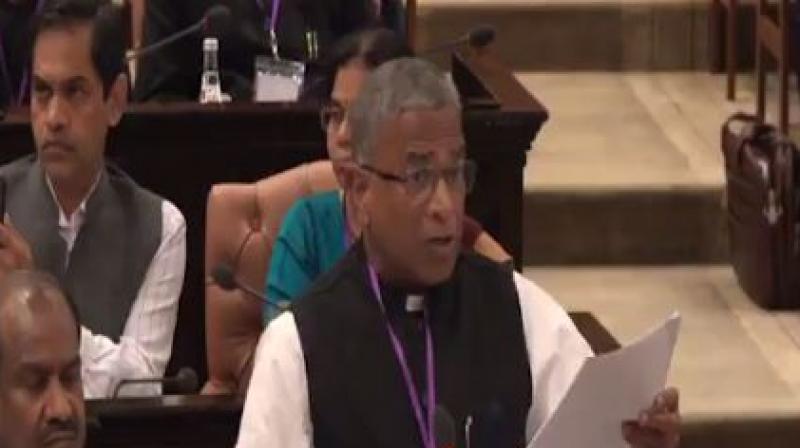 Maldives: A day after India thwarted Pakistan’s attempt to drag Jammu and Kashmir on to the table of an international conference in the Maldives Parliament, the Male declaration adopted on Monday overlooked all assertions made by Islamabad on the issue, PTI reported.

“The South Asian Speakers’ Summit, while adopting the Male declaration, overlooked all assertions made by the Pakistani parliamentary delegation,” sources in the Lok Sabha Secretariat told PTI.

On Sunday, the House of Male witnessed heated exchange of words between representatives of India and Pakistan after the latter raised the Kashmir issue during the discussion on Sustainable Development Goals.

Suri, who belongs to Pakistani Prime Minister Imran Khan's Pakistan Tehreek-e-Insaf party, said, “We cannot ignore the situation of tortured Kashmiris. They have been dealing with terror and injustice.”

Singh immediately raised a point of order and said that commenting on the internal matters of any nation was a digression from the theme of the Summit, and should not be recorded in the proceedings.

“We strongly object to raising the internal matter of India here and we also reject the politicisation of this forum by raising issues which are extraneous to the theme of this Summit,” Harivansh said in a video released by a Maldivian television channel.