A Pakistan Foreign Office statement said that Jadhav was sent by the Indian intelligence agency and had killed many people. 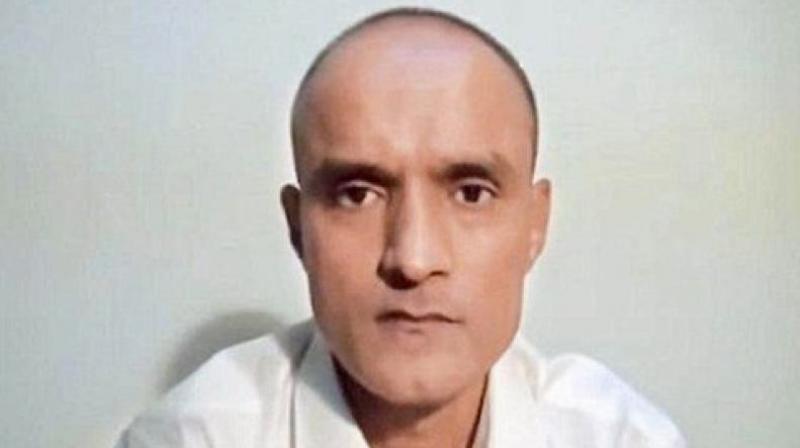 India on Saturday asked Pakistan to grant consular access to its national Kulbhushan Jadhav, who has been sentenced to death by a Pakistani military court on charges of espionage and sabotage activities. (Photo: AP/File)

A statement by the Pakistan Foreign Office affirmed that Jadhav was sent to Pakistan by Indian intelligence agency Research and Analysis Wing (RAW), and many innocent Pakistanis were killed by him.

The Foreign Office further asked India to act upon the bilateral agreement on consular access instead of levelling accusations on Pakistan, Dunya News reported.

India on Saturday asked Pakistan to grant consular access to its national Kulbhushan Jadhav, who has been sentenced to death by a Pakistani military court on charges of espionage and sabotage activities.

India had moved the International court of Justice against the death penalty and the ICJ in its verdict on May 18 had restrained Pakistan for executing Jadhav.

Meanwhile, India argued that Pakistan had not granted India consular access, nor had accepted his family's appeals.

The court has asked India to make its submission in the case by September 13 and Pakistan by December 13.

Pakistan had also earlier said that Jadhav will not be executed till he "exhausts all his mercy appeals."

Both countries also exchanged lists of nationals lodged in the jails of the other country, in consistent with the provisions of the Agreement on Consular Access between both the neighbouring countries.

The Ministry of External Affairs (MEA) in this statement stated that, "India remains committed to addressing on priority all humanitarian matters with Pakistan, including those pertaining to prisoners and fishermen. In this context, we await from Pakistan confirmation of nationality of those in India's custody who are otherwise eligible for release and repatriation."