India lost the tag of the fastest growing major economy to China in the March quarter with a GDP growth of 6.1 per cent. 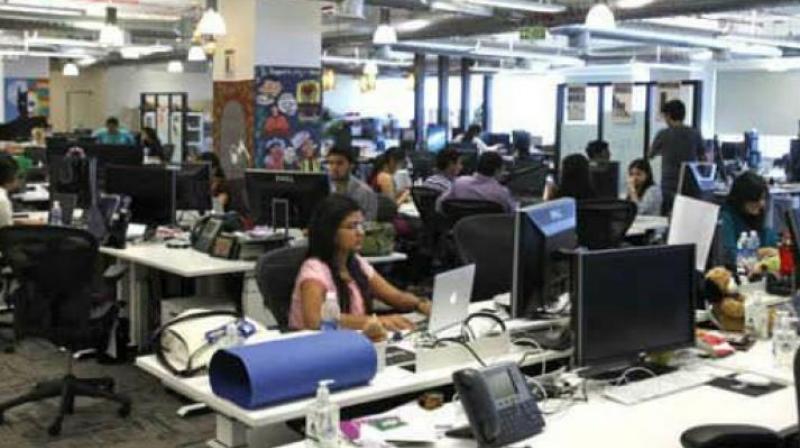 India lost the tag of the fastest growing major economy to China in the March quarter with a GDP growth of 6.1 per cent. (Photo: Representational)

Beijing: A state-run Chinese daily said on Friday that India has suffered a setback and a "nasty surprise" in the "elephant versus dragon" race as its GDP growth slowed down in the January-April quarter helping China re-emerge as the fastest growing major economy.

Calling it a "self-goal" by the government of Prime Minister Narendra Modi, Global Times hoped India will not score any more "own goals" in the future as it continues with its reform efforts.

India lost the tag of the fastest growing major economy to China in the March quarter with a GDP growth of 6.1 per cent, which pulled down the 2016-17 expansion to 7.1 per cent.

On Wednesday, China's surging debt rate caused Moody's ratings agency to cut the economy's credit rating. This resulted in a protest by Beijing and also highlighted challenges faced by communist leaders as they overhaul a slowing economy.

Some experts believe the demonetisation of high-value bank notes that accounted for nearly 85 per cent of currency in circulation, in November by the government had some effect on the data.

Finance Minister Arun Jaitley yesterday said the slowdown was due to both domestic and global factors, but maintained that the move to demonetise the notes cannot be blamed alone.

"It seems that India has suffered a setback in the 'elephant versus dragon' race, with an unexpected slowdown in its economy helping China regain the title of fastest-growing major economy in the first quarter," the Chinese daily said.

Part of the publications run by the ruling Communist Party, the daily said the "surprising" slowdown points to "some underlying problems" facing the Indian economy. It also doubted the government data, saying they "have invited controversy."

"India watchers were caught off-guard when the economy was revealed on Wednesday to have grown by only 6.1 per cent in the January-March period, its weakest in more than two years. The number was well below analysts' forecasts of more than 7 per cent growth for the quarter," it said.

The daily headlined the article 'India gets nasty surprise from first-quarter growth amid doubts over earlier data'. It said "a significant upward revision of last year's growth data for the same period by 1.3 percentage points to 9.2 per cent was in part blamed for the comparative slump in India's economic growth in the first quarter this year".

“But this was supposed to have already been factored into previous market estimates, so why did the growth data still come as such a shock? Adding to the puzzle is that India posted stronger-than-expected seven per cent growth in the October-to-December period when the economy was seen being hit by Indian Prime Minister Narendra Modi's decision in November to scrap largest-denomination banknotes," it said.

"The reality also shows how poorly the economy is weathering demonetisation," the tabloid daily which carries articles all most every day against India in recent times said. India should be mindful of putting too much strain on its economy and subjecting the economy to a deeper imbalance while pressing ahead with ambitious reforms," it said.

The Chinese economy has posted a 6.9 per cent growth in the first quarter this year - higher than the 6.5 per cent official target. The Chinese government has lowered this year's growth target to 6.5 per cent amid reports that the total debt is reported to be worth over 250 per cent of GDP and bad loans by the commercial banks totalled to USD 220 billion.

There was sense of disquiet in China, which remained the fastest growing economy for decades with double-digit growth rates, after it yielded the status to India. And the daily suggested that the Indian government "seriously think twice about reformist drives as drastic as the November decision."