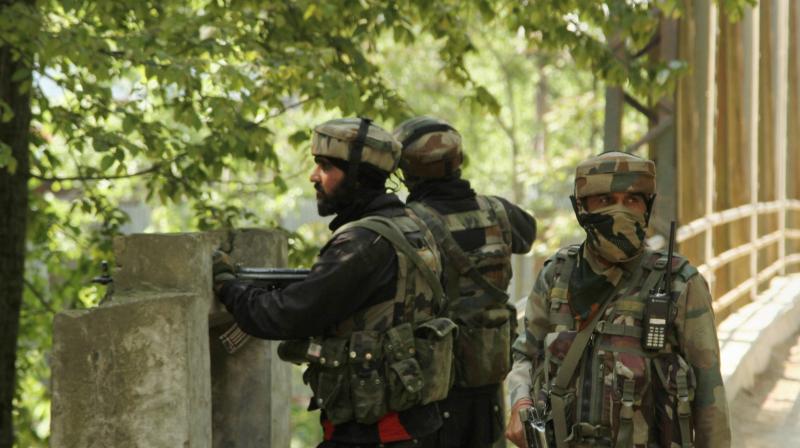 Islamabad: Pakistan on Saturday summoned a senior Indian diplomat to register strong protest over alleged ceasefire violations by the Indian forces along the Line of Control (LoC) in which a woman was killed.

The Foreign Office (FO) in a statement claimed that the Indian forces violated ceasefire in Hajipir and Sankh Sectors on Friday.

The Indian forces along the LoC and the Working Boundary (WB) have continuously been targeting civilian populated areas with artillery fire, heavy-calibre mortars and automatic weapons, the FO said.

It claimed that in 2020, India has so far committed 940 ceasefire violations.

A 30-year-old woman was killed in Friday's "unprovoked firing" by the Indian forces, the FO claimed.

This is the second time this week that Pakistan has summoned an Indian diplomat.

Pakistan on Thursday summoned the Indian Charge d'Affaires to protest against the alleged firing by the Indian troops across the Line of Control that resulted in the killing of a Pakistani soldier and two civilians.

The FO asked the Indian side to respect the 2003 Ceasefire Understanding; investigate this and other such incidents of "deliberate" ceasefire violations and maintain peace along the LoC and the WB.

India maintains that UNMOGIP has outlived its utility and is irrelevant after the Simla Agreement and the consequent establishment of the LoC.