Hafiz Saeed and his four close aides were detained by the Punjab government for 90 days under the Anti-Terrorism Act 1997. 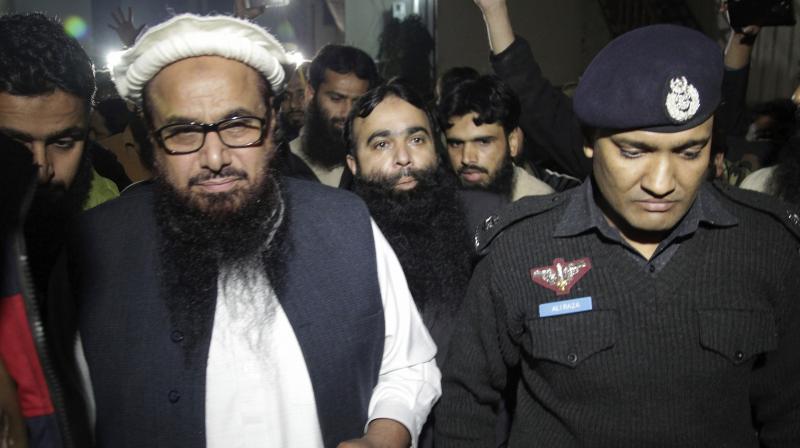 This time Saeed’s house arrest has been extended under the Punjab Maintenance of Public Order. (Photo: File)

Saeed, the Jamaat-ud-Dawa (JuD) chief, has been under house arrest since January 31 this year. His detention had been extended for three more months in April.

On January 31, Saeed and his four close aides - Abdullah Ubaid, Malik Zafar Iqbal, Abdul Rehman Abid and Qazi Kashif Hussain were detained by the Punjab government for 90 days under the Anti-Terrorism Act 1997.

This time Saeed’s house arrest has been extended under the Punjab Maintenance of Public Order.

In a notification issued on July 28, the Punjab Government Home Department said on the recommendation of the federal interior ministry the detention of the activist Saeed has been extended for another 60 days. It said Saaed and others’ detention expired on July 27.

According to the notification, “The Counter Terrorism Department has reported that keeping in view the expected release of said activist (Saeed) and other leaders and workers of said organisations (JuD and Falah-e-Insaniat) they have planned to spread chaos in the country. They have planned to make demonstrations under the leadership of Saeed.”

“He will be portrayed as a hero and his acts will be glorified. Abdul Rehman Makki who is the central leader of the JuD has been making preparations for the purpose and has launched a secret campaign to muster support of the workers,” the notification said.

It said the “liberty” of Saeed is a continuous threat to the peace and tranquillity in the country.

The notification further said that the District Intelligence Committee Lahore separately noted that Saeed would create law and order situation upon his release.

Additional home secretary Azam Suleman believes that the activities of Saeed are “prejudicial to public safety and maintenance of public order”.

“Thereby the Home Department in exercise of powers conferred under sub-section 1 of Section-3 of the Punjab Maintenance of Public Order Ordinance 1960 Hafiz Saeed is detained for a period of 60 days with effect from July 28, 2017.”

A Lahore high court bench headed by Justice Abdul Sami Khan, which was scheduled to announce the verdict today on the detention of Saeed and four others, deferred its verdict for an indefinite period.

The court had reserved the decision on June 7 after the Punjab government law officer submitted a reply and Saeed’s counsel advocate AK Dogar completed his arguments.