Earlier, Indians were not allowed to visit the Babe-de-Ber gurdwara which is situated in Sialkot city. 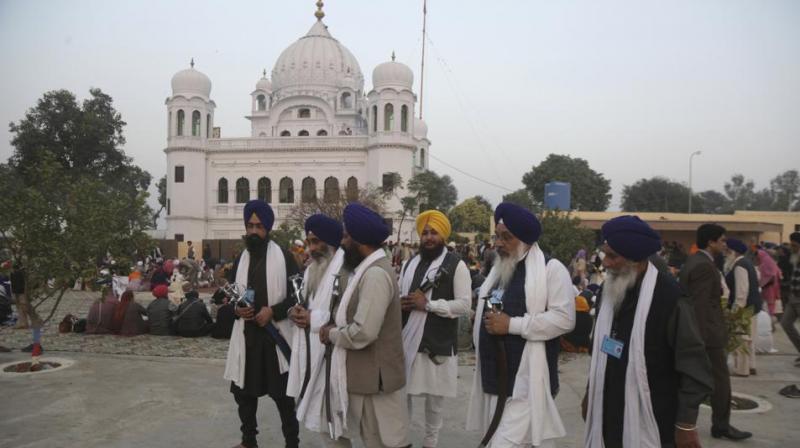 Several religious sites in Punjab are frequented by Sikhs from several countries including India. (Photo: AP)

Earlier, Indians were not allowed to visit the Babe-de-Ber gurdwara which is situated in Sialkot city, about 140 kms from here, The Express Tribune reported. Several religious sites in Punjab are frequented by Sikhs from several countries including India.

Pilgrims from Pakistan, Europe, Canada and the US were allowed to visit the gurdwara. Punjab Governor Muhammad Sarwar directed the province's Auqaf department to include Sikh pilgrims from India to the list, so they can visit the Sialkot gurdwara, the report said. Every year, thousands of Indian Sikh devotees visit Pakistan on the birth and death anniversaries of Guru Nanak -- the founder of Sikhism and the first of the 10 Sikh Gurus -- the martyrdom of Guruwar Jin Devji and the Besakhi festival and the death anniversary of Maharaja Ranjit Singh.

According to the Sikh tradition, when Guru Nanak arrived in Sialkot from Kashmir in the 16th century, he stayed under the tree of Beri. Sardar Natha Singh then built a gurdwara in his remembrance at the site, the report added.

The Kartarpur corridor is expected to provide visa-free access to Indian Sikh pilgrims to the gurdwara in Kartarpur Sahib — a small town in Narowal, four kilometres from the Pakistan-India border, where Guru Nanak spent the last 18 years of his life. Pakistan will build the corridor from the Indian border to the Gurdwara Darbar Sahib in Kartarpur, while the other part from Dera Baba Nanak in Gurdaspur up to the border will be constructed by India.