The Pakistan Coast Guards during raid in the country's restive Balochistan province recovered 350 kgs narcotics worth over Rs. 3.45 billion 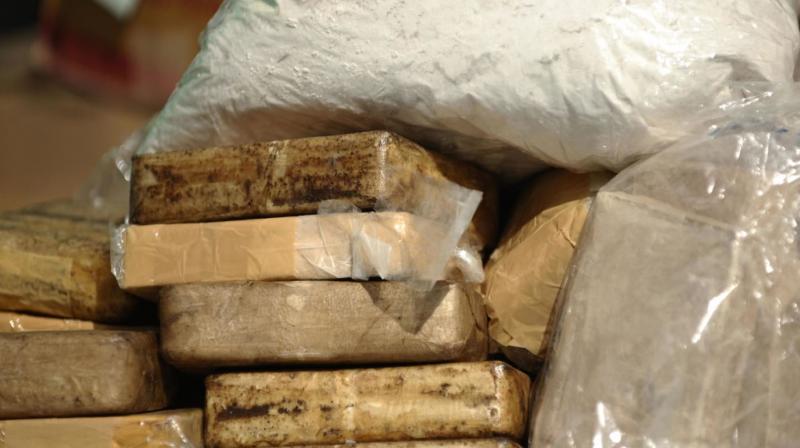 The coast guards handed the drugs to the anti-narcotics force who will later destroy them. (Representational Image)

Karachi: The Pakistan Coast Guards during a raid in the country's restive Balochistan province recovered 350 kgs narcotics worth over Rs. 3.45 billion, officials said.

A tip-off was received regarding a possible bid to smuggle high quality narcotics to some foreign countries, a spokesperson of the coast guards was quoted as saying by the Ary News.

Acting on the intelligence report, the coast guards launched an extensive operation in the area and recovered 350 kgs of hashish hidden in the ground at a beach in the Jiwani town.

The cost of the captured high quality hashish in the international market is estimated up to Rs. 3.45 billion, the spokesperson said.

The coast guards handed the drugs to the anti-narcotics force who will later destroy them.

No arrest was made, but security forces have increased vigilance and monitoring in the area in efforts to get clues of drug peddlers.

In January, the coast guards in a raid seized as many as 37 kgs hashish, during checking of a passenger van at Windar Khari check post in Balochistan.