China claims most of the energy-rich sea where neighbors Brunei, Malaysia, the Philippines, Taiwan and Vietnam also have claims. 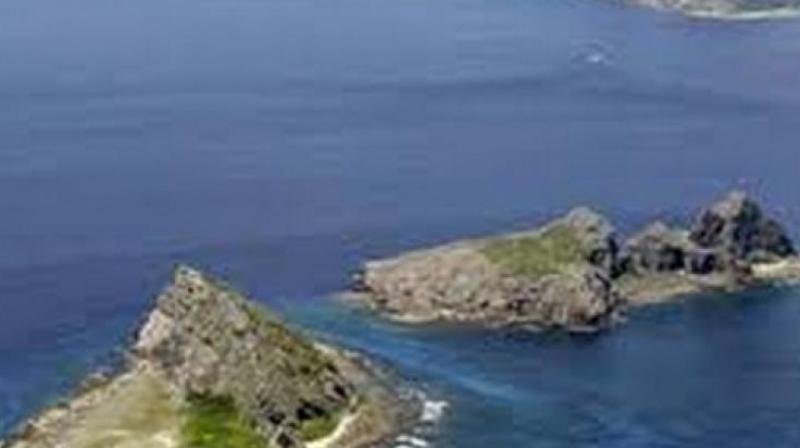 Britain would increase its presence in the waters after it sent four British fighter planes for joint exercises with Japan in the region last year, he said.

China claims most of the energy-rich sea where neighbors Brunei, Malaysia, the Philippines, Taiwan and Vietnam also have claims.

"We hope to send a warship to region next year. We have not finalised exactly where that deployment will take place but we won't be constrained by China from sailing through the South China Sea," Fallon told Reuters.

"We have the right of freedom of navigation and we will exercise it."

The presence of a British vessel threatens to stoke tensions, escalated by China's naval build-up and its increasingly assertive stance.

The comments by Fallon came after Britain's Foreign Secretary Boris Johnson said the country's two new aircraft carriers would be sent to the region.

Johnson did not specify where exactly the vessels would be sent once operational in 2020, though the presence of such firepower will likely heighten tensions in the region.

China's construction of islands and military facilities in the South China Sea has stoked international condemnation, amid concern Beijing is seeking to restrict free movement and extend its strategic reach.

Britain's move could also upset ties between London and Beijing, undermining efforts to shore up what the two governments have called a "golden era" in their relationship as Britain heads towards a divorce with the European Union.

"We flew RAF Typhoons through the South China Sea last October and we will exercise that right whenever we next have the opportunity to do so, whenever we have ships or planes in the region," Fallon said.

The United States estimates Beijing has added more than 3,200 acres (1,300 hectares) on seven features in the South China Sea over the past three years, building runways, ports, aircraft hangars and communications equipment.

To counter the perceived Chinese aggression, the United States has conducted regular freedom of navigation exercises that have angered Beijing.

Earlier this month, the United States sent two bombers over the region, coming just a few months after it sent a warship to carry out a maneuvering drill within 12 nautical miles of one of China's artificial islands.

China has repeatedly denounced efforts by countries from outside the region to get involved in the South China Sea dispute.

The South China Sea is expected to dominate a regional security meeting in Manila next week, where Chinese Foreign Minister Wang Yi will meet counterparts from the Association of Southeast Asian Nations (ASEAN) countries.