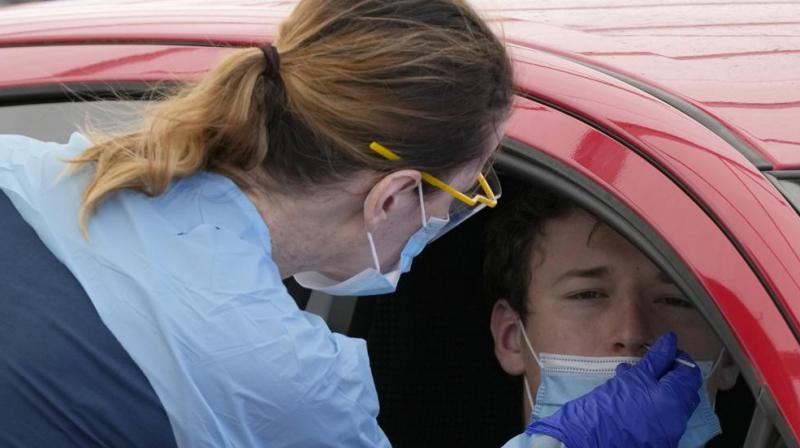 The fatal case was identified as a man in his 80s who was infected at an aged care facility in western Sydney. He was fully vaccinated but had underlying health conditions.

New South Wales, the country’s most populous state, reported 6,324 new infections Monday, a fall of 70 from the record number a day before. There were 524 people in hospitals, including 55 in intensive care.

New measures came into force in New South Wales on Monday, including limits of one person per 2 square meters (22 square feet) in bars and restaurants and required “check-ins” with QR codes in hospitality venues.

Health Minister Brad Hazzard said the state government is considering lifting the requirement for health workers to isolate after being exposed to COVID-19 because of staff shortages.