A Japanese woman appeared in court after she was detained at Melbourne International Airport for attempting to smuggle 19 lizards. 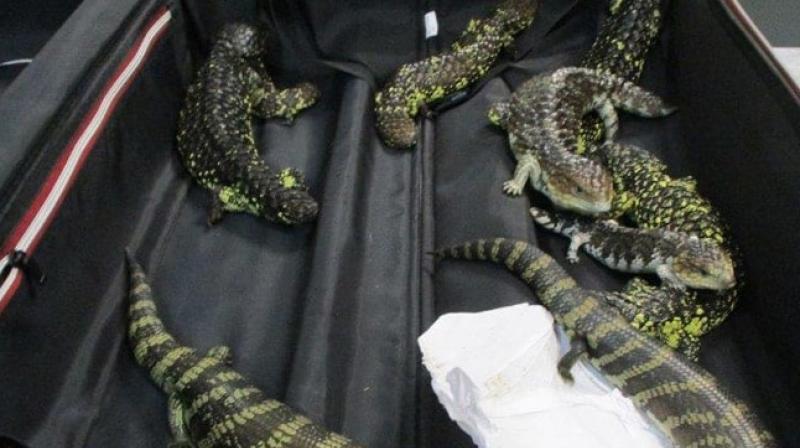 The reptiles seized include 2 Blue Tongue lizards and as many as 17 Singleback lizards. (Photo: Twitter @AusBorderForce)

Sydney: A Japanese woman appeared in court on Wednesday after she was detained at Melbourne International Airport for attempting to smuggle 19 lizards out of the coumtry, officials said.

According to AFB (Australian Border Force), the 27 year old woman was tracked down following a tip-off from the agency’s international network which has been on high alert recently following similar cases involving Japanese nationals.

"This is a significant result, which I hope will act as a deterrent to those thinking of exploiting Australia's native wildlife," Xinhua news agency quoted ABF Investigations Commander Graeme Grosse as saying.

The reptiles seized include 2 Blue Tongue lizards and as many as 17 Singleback lizards. After being seized, they were soon handed over to Victorian State Department of Environment, Land, Water and Planning (DELWP).

DELWP Chief Conservation Regulator Kate Gavens said that after the lizards are checked they will soon be donated to schools and other not-for-profit organisations.

If proved guilty, the Japanese woman could face a maximum penalty of 10 year imprisonment.