Israeli student, 21, killed in Australia while on phone with her sister

An Israeli student has been killed in a late-night attack in Australia. 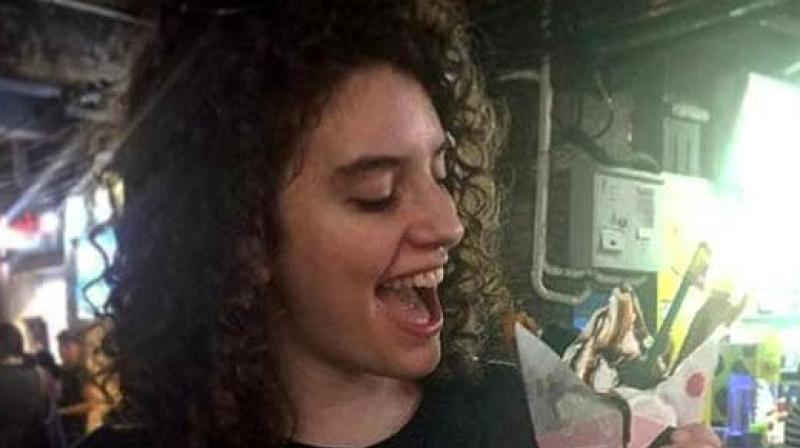 The body of Aiia Maasarwe was found near the campus of the Melbourne university where she was studying. (Photo: Instagram)

Sydney: An Israeli student has been killed in a late-night attack in Australia while she was speaking on the phone with her sister, police said Thursday.

Police appealed to the public for help tracking down the killer of 21-year-old Aiia Maasarwe, whose body was found early Wednesday near the campus of the Melbourne university where she was studying.

"This was an horrendous, horrific attack inflicted on a completely innocent young woman who was a visitor to our city," Detective Inspector Andrew Stamper told reporters in Melbourne Thursday.

Maasarwe, who was reportedly five months into a year-long exchange at Melbourne's LaTrobe University, was riding a tram home from a comedy club to the suburb of Bundoora before she was met by her attacker around midnight.

She was talking on the phone with her sister, who was overseas and raised the alarm after something went awry mid-conversation, police said.

"Her sister heard the sound of the phone falling to the ground and heard some voices,"Mr Stamper said.

Her body was found Wednesday morning by passers-by at 7:00am about 50 meters from the stop where she exited the tram.

Stamper said the report from her sister came in at about the same time.

Police would not confirm reports they were investigating a sexual assault but said known sex offenders are an "active line of enquiry".

Officers retrieved a black baseball cap and a grey t-shirt they believe were worn by the perpetrator from the crime scene, which they described as "very distressing".

The victim's family, who are on their way to Australia, described Maasarwe as "happy", "adventurous" and "smart".

"I was in shock, I couldn't believe it, the day before my wife had said to me, 'We'll have to go to Australia, Australia's very safe, very nice'," the victim's uncle Rame Maasarwe told national broadcaster ABC from the United States.

"We cannot believe that something like this happened in Australia, we think it's very safe there."

Maasarwe was reportedly planning to go to China to work with her father's business after her studies.

Police said they were "confident" of finding the perpetrator.