Students should be able to wear their significant religious symbols and articles of faith, said the five-yr-old's father. 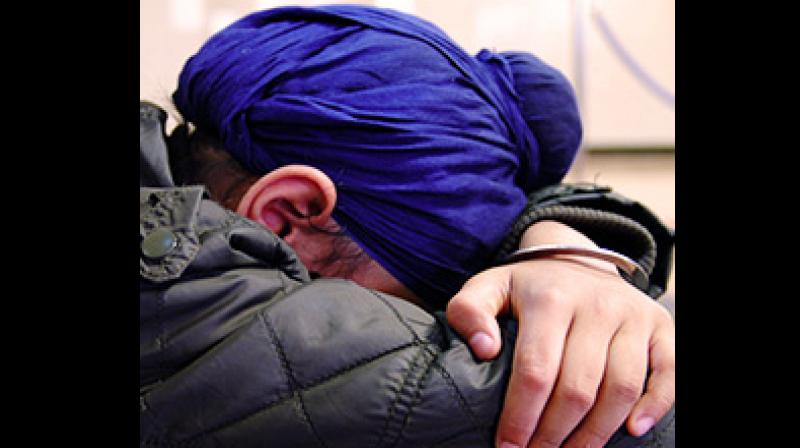 Given the long history of the Sikh community in Australia, Arora says it's disappointing that they still struggle with issues such as this. (Representational Image)

Melbourne: A five-year-old Sikh boy has been denied school enrolment in Australia for wearing turban as it does not align with its uniform policy, despite a landmark ruling in 2008 against a private institution on the issue.

"It is disappointing that my son has been forced to abandon his religious practices and identity to access to an education in Melbourne's Melton Christian College (MCC)," Sagardeep Singh Arora was quoted as saying by the SBS TV.

"We have lodged a claim with the Victorian Equal Opportunity and Human Rights Commission (VEOHRC)."

"I believe having a common school uniform is important in promoting school identity and integration," Arora said.

"Students should be able to wear their significant religious symbols and articles of faith. It's immoral for a school to not allow students to practice their beliefs."

"We were in discussions regarding the importance of hair & turban in Sikhism and acceptance of turban as uniform by different organisations (like schools, army, and police) in Australia and the other countries," says Arora. "Yet, the college has refused to review their uniform policy."

Given the long history of the Sikh community in Australia, Arora says it's disappointing that they still struggle with issues such as this.

"While practising our religious beliefs, we wish to show an expression of solidarity with the wider Australian community," he added.

MCC has provided a written response to the VEOHRC in which the school refused to include any additional items amid the existing permitted uniform protocol, the report said. "Our college's history represents over thirty years of inclusive religious tolerance. For thirty years our children have been in classrooms and playgrounds, learning, growing, and playing side by side wonderfully oblivious to their families' extensive religious diversities. We are proud of that heritage of inclusiveness.

"We acknowledge the disappointment that Sagardeep and his family feel. We respectfully recognise his disappointment that the uniform protocol of this school mean that non prescribed items are not permitted to be worn in addition to the school uniform. The result is that we have agreed that college uniform will be maintained as it is, without permitting additional items."

Sikhism is a small but growing minority religion in Australia that can trace its origins in the nation to the 1830s. Australia is home to more than 72,000 Sikh, a population that is expected to rise in this year’s census.

In a landmark case in September 2008, a Brisbane private school was forced to back down on a strict uniform policy that would have forced a Sikh boy to cut his hair and remove his turban.