4 people in custody as NZ mourn amid Christchurch mosque shooting

Four people - one woman and three men - have been taken into custody in relation to the gruesome shootings at two mosques in New Zealand. 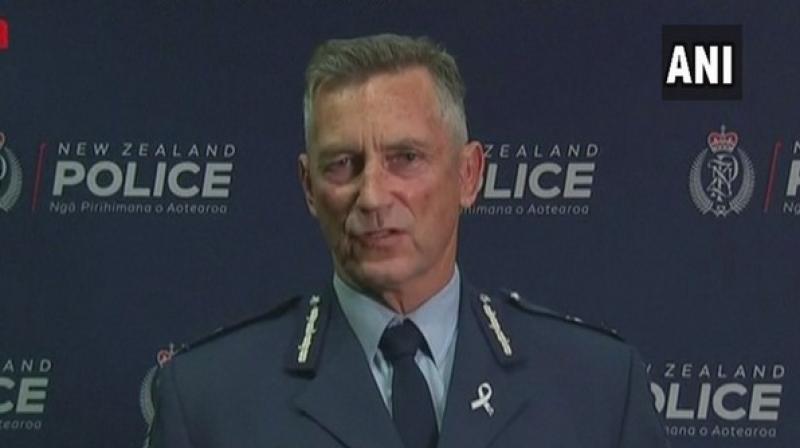 Four people - one woman and three men - have been taken into custody in relation to the gruesome shootings at two mosques in New Zealand. (Photo:ANI)

Christchurch: Four people - one woman and three men - have been taken into custody in relation to the gruesome shootings at two mosques here, New Zealand Police Commissioner Mike Bush said on Friday, highlighting that there are significant casualties. As close to 49 have been reported as of now.

Speaking to media here, Bush said: "We are still looking at the circumstances around it. Let’s not presume that the danger is gone," during a media briefing. Police have also said that a number of improvised explosive devices, found on vehicles after the shootings, were defused.

One of the mosques has been identified as the Al Noor Mosque in Christchurch, where a perpetrator - a white man in his 30's or 40's - entered the mosque and started shooting indiscriminately with an automatic weapon. Several casualties are feared as the Muslim community had congregated for their Friday prayers when the incident took place. There were reportedly more than 300 people inside the mosque at the time of the shooting.

Outlining that the police are dealing with "multiple scenes", New Zealand's Prime Minister Jacinda Ardern condemned the gruesome incident and said: "This is and will be one of New Zealand's darkest days."

The person who has committed this violent act has no place here. To those in Christchurch; I encourage you to stay inside and follow the instructions of @nzpolice. The Police Commissioner will be making a public statement at 5pm. I will update everyone again later this evening.

New Zealand Police have asked all mosques "nationally to shut their doors", advising people from refraining to visit "these premises until further notice".

"What has happened in Christchurch is an extraordinary act of unprecedented violence. It has no place in New Zealand. Many of those affected will be members of our migrant communities - New Zealand is their home - they are us," Ardern tweeted.

What has happened in Christchurch is an extraordinary act of unprecedented violence. It has no place in New Zealand. Many of those affected will be members of our migrant communities – New Zealand is their home – they are us.

"It was around 1:45 pm when I heard the first bang and ran, there were a lot of people sitting on the floor. There are a lot of dead and injured," a survivor from the mosque shooting told media.

Meanwhile, distraught parents are trying to establish the safety of their children, who had taken to the streets to protest against inaction over climate change.

The Bangladesh cricket team, currently in New Zealand for their third Test against the Kiwis, narrowly escaped the ghastly incident.

"Alhamdulillah Allah save us today while shooting in Christchurch in the mosque...we r extremely lucky...never want to see this thing happen again....pray for us," Mushfiqur Rahim, the Test captain of the Bangladeshi cricket team tweeted.

The Bangladeshi players were barred from getting off their bus after which they ran through Hagley Park to the Oval, reports Cricinfo. They are currently under lockdown in their dressing room. The players were visibly distraught and were seen asking passers-by to not go any further.

Alhamdulillah Allah save us today while shooting in Christchurch in the mosque...we r extremely lucky...never want to see this things happen again....pray for us

Authorities are still trying to establish facts as the local community has united against the apparent hate crime. Many of the houses around the area reportedly took in unaccompanied children of the injured as a lockdown is in place.

One of the perpetrators allegedly livestreamed 17 minutes of the shooting, where he can be seen entering the mosque and shooting at those congregated. He can be seen blocking the hallway so that nobody escapes. He stopped several times to reload, before exiting the mosque through the front door and shooting at the cars passing by, reports The New Zealand Herald. The shooter returned to a stationwagon to get more ammunition, before re-entering the mosque to check for survivors.

"Police are aware there is extremely distressing footage relating to the incident in Christchurch circulating online. We would strongly urge that the link not be shared. We are working to have any footage removed," New Zealand Police tweeted.

The casualty count is yet to be confirmed by the authorities. The police have not revealed the identity of those in custody, so it is not known if the perpetrator who livestreamed the incident has been captured. Further information is awaited.