Although he will need more than 12 months of rehabilitation, cattle worker plans to return to 'riding bulls and rodeoing'. 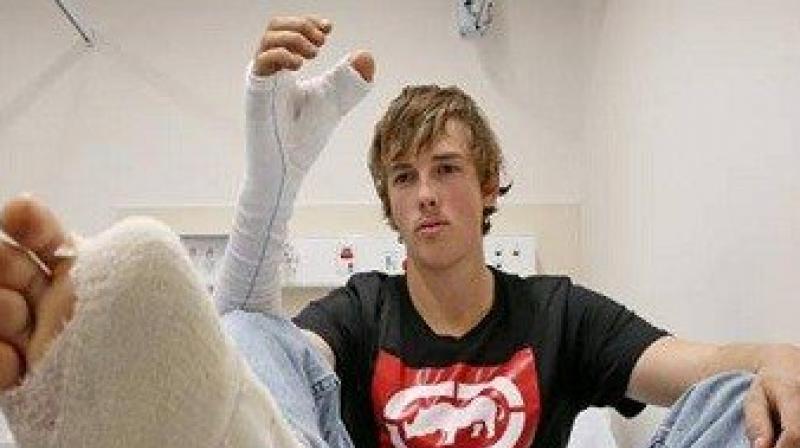 An Australian cattle worker whose thumb was severed by a bull has had his toe surgically transplanted in its position. (Photo: Twiter/@ejovip1)

Sydney: An Australian man whose thumb was severed in a cattle herding accident has had a big toe surgically removed and transplanted on to his hand to replace the lost digit.

Zac Mitchell was working on a remote cattle station in Western Australia state in April when his hand was kicked by a bull and thrust against a fence, slicing off his right thumb.

"My thumb was still hanging on the rail there when I got up off the ground," he told the Australian Broadcasting Corporation. "My boss looked down and saw the blood and asked me what was bleeding. I had a look at my hand and figured out pretty quick (that the thumb had been severed)."

With the nearest hospital five hours away, the 20-year-old cattle handler put the thumb on ice until he could receive treatment, but attempts to reattach it were unsuccessful.

Mitchell was moved to Sydney Hospital's specialist hand unit, where doctors decided that given the severity of his injury, a toe relocation was the best course of action.

"To recreate a thumb you can just use skin and bone, but that doesn't work so well, so really the toe is just the best option by far when it works well," plastic surgeon Sean Nicklin, who performed the operation, said. Nicklin said he carries out procedures using skin grafts from the toe to reconstruct fingers or thumbs every couple of years, but to remove and transplant the entire toe is "pretty unusual".

The benefits of recreating a new thumb outweigh the downside of losing the toe, he said. Mitchell will receive ongoing hand therapy and is expected to have feeling in his new thumb after about a year, Nicklin said, adding the procedure had a success rate of over 95 percent.

As far as the foot goes, occasional "fine balance" activities like surfing might be difficult, but most people without a big toe function fine in everyday tasks like walking and even competitive sports, the surgeon said.

"Generally if they get feeling back they get a very good thumb for this type of injury," he added.