As Michael Jackson's 'They Don't Care About Us' played in the background, the protesters chanted 'No justice, no peace' in unison 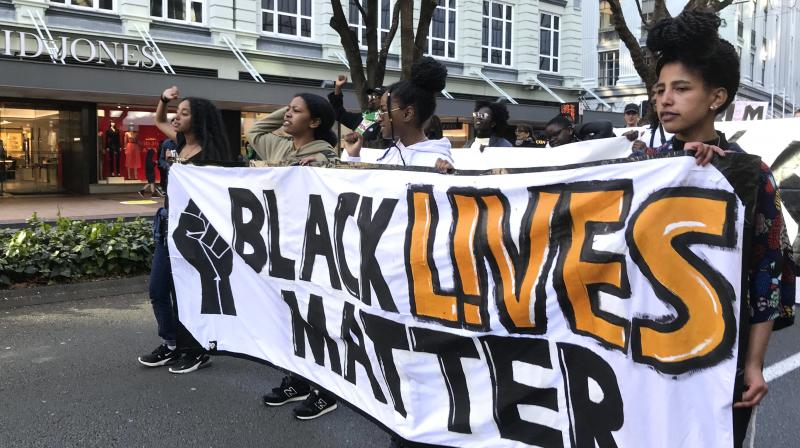 Wellington: Thousands of people took the knee outside the US consulate in Auckland Sunday as New Zealanders demonstrated for a second week to support the Black Lives Matter movement and highlight local discrimination issues.

In Wellington, more than 2,000 people marched on parliament after gathering in the city centre to hear speeches on racial bias within the police, New Zealand's high Maori imprisonment rates and the push to remove statues of colonisers.

The city of Hamilton has already torn down a statue of the colonial military commander it was named after following threats from anti-racism protesters to topple the bronze sculpture of Captain John Fane Charles Hamilton, who they accused of murder.

The protests are part of a worldwide movement following the killing in the United States of African-American man George Floyd who died after a white policeman knelt on his neck for several minutes.

"George Floyd doesn't have any more breaths left, it's our job to ensure that wasn't in vain," social justice activist Julia Whaipooti told the crowd in Auckland.

Auckland University social sciences professor Camille Nakhid said there was a "knee on the neck" of indigenous people and people of colour throughout New Zealand.

"We have longer waiting lines out of hospital. We are less likely to get medicines that we need... when they gentrify our neighbourhoods and we have to move to suburbs that have poor transportation, less access to employment, less access to healthcare, that is a knee on our necks," she added.

"Our indigenous people, our black people, our people of colour... we see you, we acknowledge you. Let us collectively put our arms around each other, embrace each other, and help push those damn knees off our necks."