Police at the scene have confirmed there have been no fatal injuries. 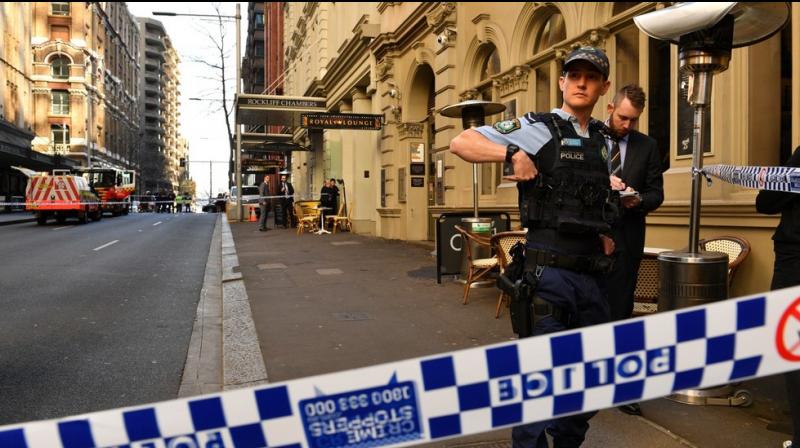 A man brandishing a large knife chased passersby in Sydney's Central Business District on Tuesday and stabbed at least one woman on the busy street before he was overpowered and taken into custody. (Photo: AFP)

Melbourne: A man brandishing a large knife chased passersby in Sydney's Central Business District on Tuesday and stabbed at least one woman on the busy street before he was overpowered and taken into custody.

While the motive of the attack is not yet known, the man has been arrested, police said. Australian TV channels showed the man, in his 20s or 30s, running through the King Street with a large kitchen knife yelling "Allahu Akbar".

The attacker, who was seen jumping on the bonnet and roof of a Mercedes, stabbed a woman in the back before he was held down with chairs and a milk crate by onlookers, police said.

Paramedics found a woman with a stab wound taking refuge in a nearby hotel. Police at the scene have confirmed there have been no fatal injuries.

Superintendent Gavin Wood said the man had made "multiple attempts" to stab other people but was "luckily unsuccessful", the ABC reported. He said the attacker had been arrested and "the threat has been negated".

"The male offender was on his own and there was no other person complicit at this stage,” he said police have praised the efforts of passersby who held the attacker.

"These members of the public have jumped into this situation that was extremely hostile," Wood said."They have brought this person into custody and allowed us to do our job."