Islamic State fighter first to be stripped of Australian citizenship

The government has been increasingly worried about foreign fighters returning home. 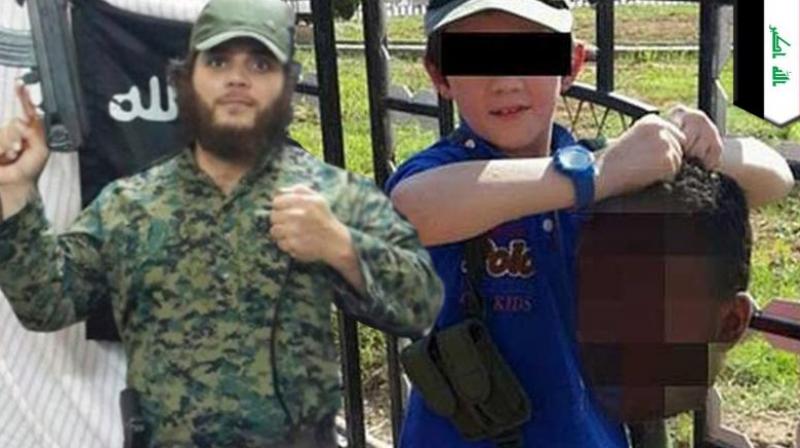 Khaled Sharrouf -- who made headlines in 2014 when he posted an image on Twitter of his young son holding a severed head -- had his citizenship revoked earlier this year, The Australian newspaper reported Saturday. (Photo: YouTube Screengrab)

Sydney: An Islamic State fighter has become the first Australian to be stripped of his citizenship under anti-terrorism laws, authorities and reports said.

Khaled Sharrouf -- who made headlines in 2014 when he posted an image on Twitter of his young son holding a severed head -- had his citizenship revoked earlier this year, The Australian newspaper reported Saturday.

A spokeswoman for the Immigration Minister Peter Dutton confirmed to AFP Sunday a person was stripped of their citizenship but would not provide or confirm further details.

Sharrouf is also a Lebanese citizen, The Australian reported.

Sharrouf, reportedly aged 35, left Australia for Syria in 2013 with his family.

His wife Tara Nettleton reportedly died last year and Sharrouf was believed to have been killed in a drone strike in Iraq in 2015.

But later media reports cast doubt on whether he was dead. The fate of their five children is unknown, the newspaper added.

The government has been increasingly worried about foreign fighters returning home.

Numerous national security laws, including legislation to strip dual nationals linked to terrorism of their citizenship, have been passed since Canberra raised the national threat alert to high in September 2014.

Authorities believe 110 Australians have travelled to Syria or Iraq to fight with terror groups, of which around 60 have been killed.