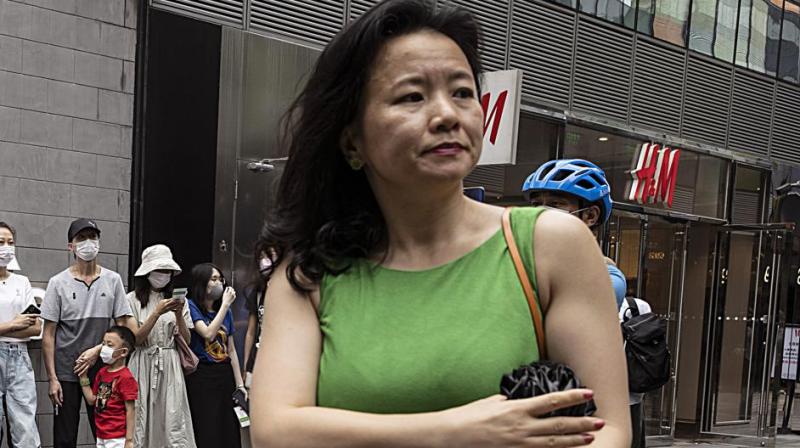 Cheng was the second high-profile Australian citizen to be held in Beijing, after writer Yang Hengjun was arrested in January 2019 on suspicion of espionage. (AP/file photo)

Sydney: An Australian journalist who disappeared from Chinese state television's airwaves six months ago and was detained by Beijing authorities has been formally arrested for "supplying state secrets overseas".

Cheng had been a familiar face on CGTN's English-language channel, conducting interviews with noted CEOs from around the world.

Born in Hunan province, she emigrated to Australia as a child, before returning to China and joining the state broadcaster in 2012.

Her niece Louisa Wen told Australian broadcaster ABC that the family did not "understand anything about the case".

Cheng's 11-year-old daughter and nine-year-old son "don't fully understand the situation", she said, adding that it had been "quite tough on the kids wondering what's going on".

Cheng's detention came as relations between Australia and China cratered.

The timing and lack of information about charges raised speculation that her detention was politically motivated, or tit-for-tat retaliation.

Beijing has reacted angrily to Australia's liberal use of foreign interference laws to block Chinese investments in sensitive sectors and to investigate Chinese influence on the country's public life.

China was also infuriated by Australia's calls for an independent probe into the origins of the coronavirus pandemic, responding with a slew of sanctions against Australian exports.

Payne said the Australian government had visited Cheng six times since she was detained -- most recently on January 27 -- and had "serious concerns" about her "welfare and conditions of detention".

"We expect basic standards of justice, procedural fairness and humane treatment to be met, in accordance with international norms," she said.

Cheng was the second high-profile Australian citizen to be held in Beijing, after writer Yang Hengjun was arrested in January 2019 on suspicion of espionage.

She had written a number of Facebook posts critical of Chinese President Xi Jinping and Beijing's approach to the coronavirus outbreak.

One post poked fun at Xi's visit in March to Wuhan, the Covid-19 ground zero: "The big story today, Dear Leader's visit, triggered titters in the newsroom -- waving to a big TV screen showing the coronavirus hospital in Wuhan apparently equals a visit."