The final report of the royal commission has words ‘that shake us to our core’. 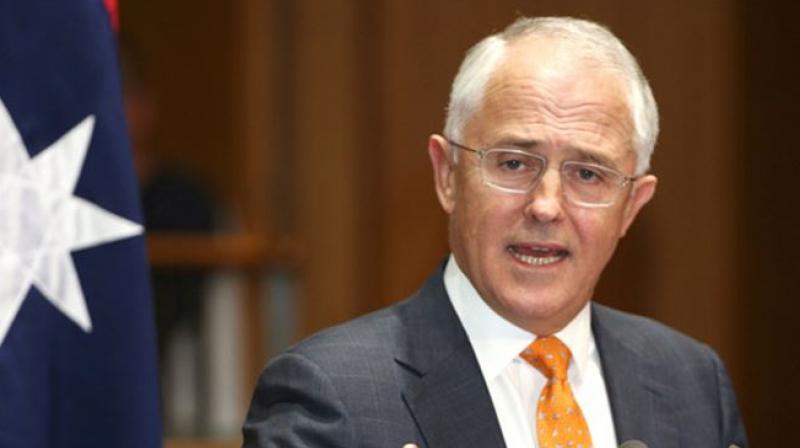 ‘We owe it to survivors not to waste this moment and we must continue to be guided by their wishes,’ Malcolm Turnbull said. (Photo: AP)

Canberra: In a landmark move, Australian Prime Minister Malcolm Turnball announced that he will make a national apology to survivors of child sex abuse before the end of the parliamentary year.

Apologising to victims of institutional abuse amid the royal commission into child sex abuse, the prime minister confirmed the intentions of the government on Thursday, The Guardian reported.

“We owe it to survivors not to waste this moment and we must continue to be guided by their wishes,” Turnbull said. “As a nation, we must mark this occasion in a form that reflects the wishes of survivors and that affords them the dignity to which they were entitled as children – but which was denied to them by the very people who were tasked with their care.”

Turnball also confirmed the appointment of a “survivor-focused reference group” which will help draft the apology.

The final report of the royal commission has words “that shake us to our core,” Labour leader Bill Shorten said, adding “The child with disability, abused daily, who couldn’t get a disinterested police officer to take any notice of their plea for help.”

“The good Catholic boy, who, after each time he was abused sexually by his priest, had to go to confession and confess his sin of impurity – to his abuser. And then this boy, this child being preyed upon by this monster, would be asked if he was sorry. And told to do three Hail Marys for his penance,” he said.

“They were children, seen and not heard. They could not find a counsellor to listen to their story, they could not find justice in the criminal court or compensation in the civil…These institutions failed our fellow Australians – and then our nation did.”

The prime minister in his statement requested the parliament for an update on the redressal schemes for survivors and proposed USD 150,00 as the amount for cap payments.

Institutions in which abuse had taken place will be urged to reach out to victims personally, the statement added.

The issue is set be discussed at Friday’s Council of Australian Governments meeting in Canberra, where Turnball is expected to ask states to sign up to the scheme.