World   Oceania  02 May 2018  Important to not have hegemony: Macron warns over China dominance in Indo-Pacific
World, Oceania

Important to not have hegemony: Macron warns over China dominance in Indo-Pacific 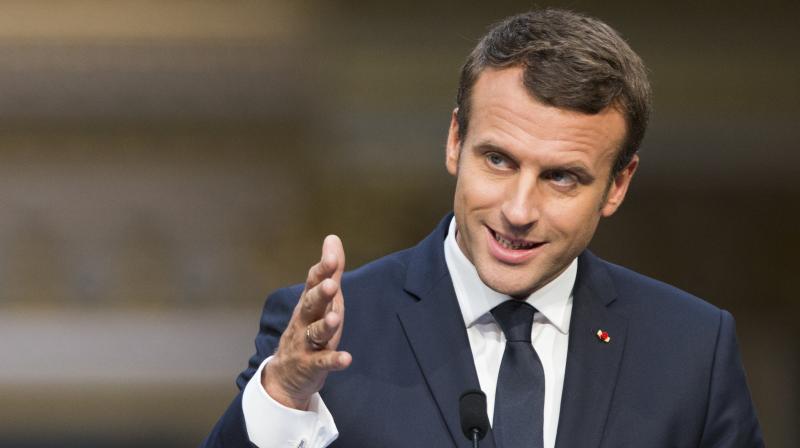 French President Emmanuel Macron said the two nations -- alongside fellow democracy India -- had a responsibility to protect the region from 'hegemony' -- a veiled reference to Beijing's growing might. (Photo: AP)

Sydney: No country can be allowed to dominate the Indo-Pacific, the leaders of France and Australia said on Wednesday, as regional capitals fret over the rise of an increasingly assertive China.

French President Emmanuel Macron said the two nations -- alongside fellow democracy India -- had a responsibility to protect the region from "hegemony" -- a veiled reference to Beijing's growing might.

"It's important with this new context not to have any hegemony," he added through an interpreter.

France has a number of island territories in the Pacific Ocean.

Australia has become increasingly alarmed at China's push into the Pacific, which could potentially upset the strategic balance in the region.

Reports in April -- which were denied -- said Beijing wanted to establish a permanent military base in Vanuatu.

Turnbull, who called France "a Pacific power", said he welcomed the economic rise of China and its investment, adding that it was crucial all sides work together in the Indo-Pacific.

"Now, that rule of law is what we seek to maintain in our region."

Macron, only the second serving French leader ever to visit Australia, has described ties between the two countries as historic, recalling how Australian soldiers helped defend France in World War I and II.

The two leaders signed a series of agreements, including a new symposium to bolster defence industry and business cooperation to build on a Aus Dollar 50 billion (USD 37 billion) deal in late 2016 for France to supply Australia's new fleet of next-generation submarines.

There were also climate-based agreements on developing technologies to harness solar power and protect reefs.

Macron on Thursday heads to New Caledonia to rally support for the territory remaining part of France when residents go to a referendum in early November.