A 25-year-old Sri Lankan man attempted to enter the cockpit clutching an electronic device and created panic among passengers. 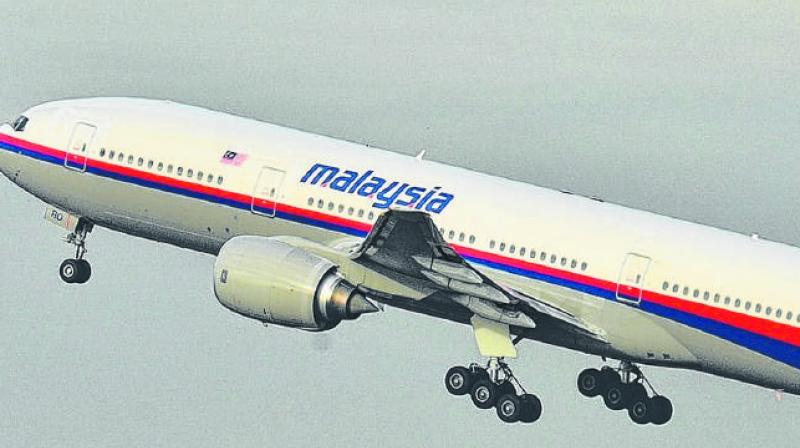 Canberra (Australia): A Malaysia Airlines plane returned to Australia after a mentally ill passenger threatened to detonate a bomb and attempted to enter the cockpit before he was tackled and tied up by passengers, police said on Thursday.

The 25-year-old Sri Lankan man had been discharged from a Melbourne psychiatric hospital on Wednesday before buying a ticket on the late-night flight to Kuala Lumpur, Malaysia, Victorian Police Chief Commissioner Graham Ashton said.

Flight 128 was about 10 minutes into a flight from Melbourne when the man walked from his economy seat to the cockpit door clutching an electronic device and threatening to blow up the plane, creating panic among passengers.

Passengers subdued him and tied him up with belts. "At that point, he was essentially trussed up," Ashton told reporters. Ashton described the device the man carried as an "amplifier-type instrument." Passenger Andrew Leoncelli described it as a Boombox portable music player.

"He was saying 'I'm going to the blow the f-ing plane up, I'm going to blow the plane up,'" Leoncelli told Australian Broadcasting Corp. "He was agitated, is the best description -100 percent, he was agitated." He added, "Two or three brave, young Aussies have taken him on and got him to the ground."

Police Superintendent Tony Langdon credited the flight crew with also playing a part in tackling the man. "We believe that the actions of the passengers and crew were quite heroic," Langdon said.

Police wearing body army took the man off the plane. They have determined he had no "terrorist" links or associates, Ashton said.

Victoria State Premier Daniel Andrews offered government support for the passengers stranded by the ordeal. "I don't think any of us have a true understanding of the trauma, just how frightening this experience would have been," Andrews said.

Andrews cautioned against governments responding to the drama by banning mentally ill passengers from flying. "We want to be very careful not to be driving people away from getting the care they need," he said. "We don't want to be stigmatizing any more than mental illness is already stigmatized."

The man, who is studying to be a chef in Australia on a student visa, would likely appear in court later Thursday on charges related to endangering a plane or making a false threat, Ashton said. Such charges carry a maximum penalty of 10 years in prison. The airline said the incident would be investigated.

Malaysia's state-owned airline has had two recent high-profile disasters. Malaysia Airlines Flight 17 was shot down over the Ukraine in 2014 with the loss of all 283 passengers and 15 crew.

And Flight 370 with 238 people aboard disappeared four months earlier. It is believed to have crashed in the southern Indian Ocean but has not been found.