Those killed included a woman and a 12-year-old boy. 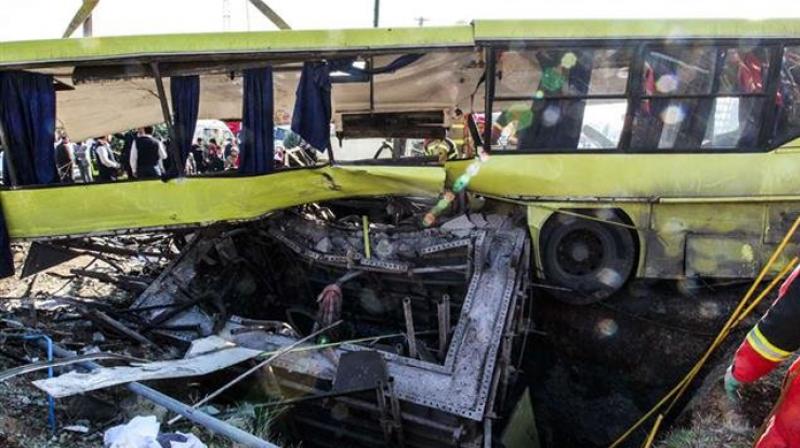 Tehran: At least 10 people were killed in Iran on Tuesday when the bus they were travelling in careened into a canyon west of Tehran, state news agency IRNA reported.

"Ten people died in the incident and 11 were transferred to the nearest hospital," emergency services spokesman Mojtaba Khaledi.

The bus, which was being driven at high speed, skidded off the road and plunged 12 metres (40 feet) into the canyon before landing on its roof, Zajan's deputy police chief tolf IRNA.

Those killed included a woman and a 12-year-old boy, Mohammad Ali Azimi said, adding that the death toll could rise.

Pictures released by the news agency showed Red Crescent emergency workers searching through the wreckage of an overturned yellow bus.

Iran is one of the deadliest countries for road accidents, according to the World Health Organization.