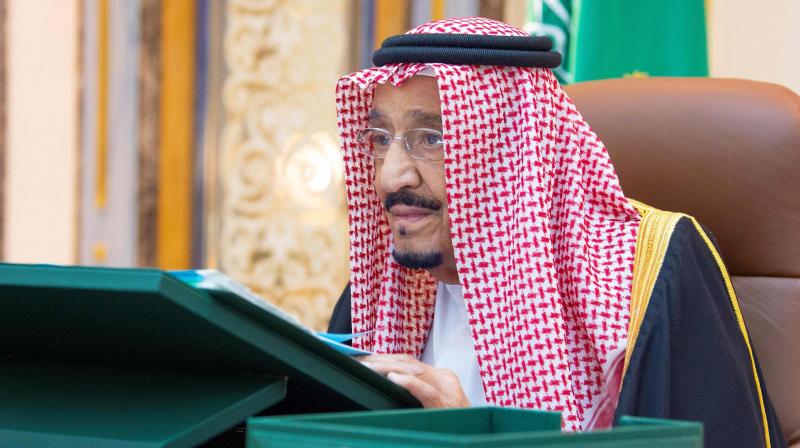 Dubai: Saudi Arabia's King Salman was discharged from a hospital in the capital Riyadh after more than a week following surgery to remove his gall bladder, the Royal Court said.

The court said in a statement late Thursday the monarch, 84, left the King Faisal Specialist Hospital after a recovery.

News of his improved health comes just as Saudis mark the start of the Eid al-Adha festival on Friday, which Muslims around the world celebrate. It coincides with the last days of the hajj pilgrimage in Mecca, which this year saw only a sliver of the usual numbers of pilgrims taking part due to the coronavirus pandemic.

King Salman was admitted to the hospital July 20 with inflammation of his gall bladder. A few days later, he was operated on. The procedure was described as laparoscopic surgery - a low-risk procedure that usually involves only small incisions and a tiny camera to aid the surgeons' work.

The gallbladder, a small, pouch-like organ near the liver that stores bile, can easily be removed and is not critical for life. Surgeons often take it out if it begins to bother a patient.

King Salman has been in power since January 2015. His health is closely watched by observers because of the absolute powers he holds presiding over one of the world's top producers of oil and one of its biggest economies.

His reign has been marked by quick, sweeping changes in a country accustomed to slow, gradual reforms. Since coming to power, he's taken the country to war in Yemen, hardened the kingdom's stance toward Shiite rival Iran and severed ties with neighbouring Qatar.

He's empowered his 34-year-old son, Crown Prince Mohammed bin Salman, as his successor. The crown prince's assertive and bold style of leadership, as well as his consolidation of power and sidelining of potential rivals, have been controversial.

With the support of his father, Prince Mohammed has transformed the kingdom in recent years, eroding decades of ultraconservative restrictions in society as he tries to diversify the Saudi economy away from reliance on oil exports.

The crown prince has also detained dozens of activists and critics, overseen the devastating Yemen war as defence minister and rounded up top members of the royal family in his rise to power. The killing and dismemberment of Washington Post columnist and Saudi critic Jamal Khashoggi in late 2018 have been linked to the crown prince by Western intelligence services and U.S. lawmakers, further straining ties between the kingdom and the U.S.