About 90,000 Iranians to attend Hajj after 2016 boycott over tensions with Saudi

Iran boycotted the Hajj in 2016 after hundreds of people, mainly Iranians, died in a crush at the pilgrimage in Saudi Arabia in 2015. 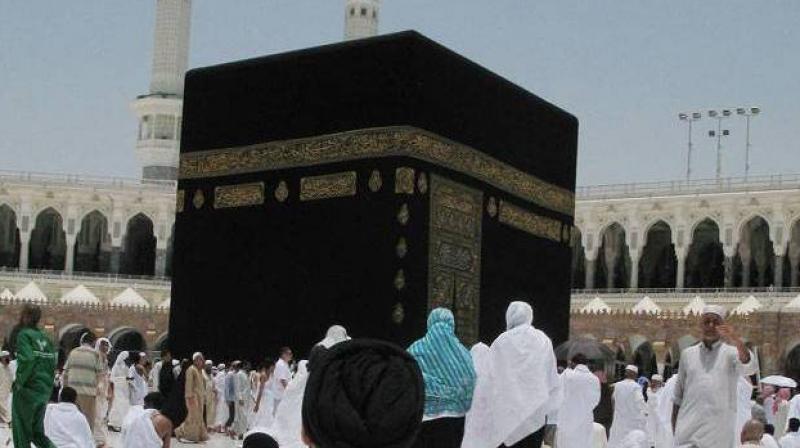 Around 800 pilgrims were due to leave Iran on three flights to nearby Medina on Sunday, the director of the hajj at Iran’s Haj and Pilgrimage Organisation, Nasrollah Farahmand told state media. (Photo: AFP/Representational)

Beirut: Nearly 90,000 Iranians are expected to attend the Hajj in Mecca this year, and were due to start arriving on Sunday, after Tehran boycotted the pilgrimage last year amid tensions with Saudi Arabia.

Around 800 pilgrims were due to leave Iran on three flights to nearby Medina on Sunday, the director of the hajj at Iran’s Haj and Pilgrimage Organisation, Nasrollah Farahmand told state media.

Approximately 86,500 Iranians are expected to attend the hajj in total this year and 800 coordinators have travelled to Saudi Arabia to help Iranians during the pilgrimage, he said.

Iran boycotted the Hajj last year after hundreds of people, many of them Iranians, died in a crush at the pilgrimage in Saudi Arabia in 2015, and following a diplomatic rift between the two countries who are vying for power and influence in the region.

In a speech to haj organizers on Sunday, Iranian Supreme Leader Ayatollah Ali Khamenei said that Iranians would never forget the “catastrophic events” of 2015 and called on Saudi Arabia to ensure the security of all pilgrims.

“The serious and constant issue for the Islamic Republic is the preservation of the security, dignity, welfare and comfort of all pilgrims, particularly Iranian pilgrims,” Khamenei said, according to his official site. “The security of the haj is the responsibility of the country where the two noble shrines exist.”

Read: Iranians to resume hajj in Saudi Arabia after 2016 boycott

In February this year Iran, which is predominantly Shi’ite Muslim, sent a delegation to Saudi Arabia, which is mostly Sunni, which initiated the process of Iranian pilgrims returning for the haj. However, tensions between the two countries remain at an all-time high.

Last month Iranian officials pointed a finger at Saudi Arabia after Islamic State carried out attacks on the Iranian parliament in Tehran and the shrine of the founder of the Islamic Republic, Ayatollah Ruhollah Khomeini that left at least 18 dead. Saudi Arabia denied any involvement.

Khamenei in his speech on Sunday also called on all pilgrims to show their reaction to the recent unrest at the Al Aqsa mosque in Jerusalem and “America’s wicked presence in the region” at the haj, according to his official website. He did not specify what kind of reaction he expected pilgrims to show.