Military spokesman Restituto Padilla said that 960 civilians have been rescued, and an estimated 1,000 residents remain trapped in Marawi. 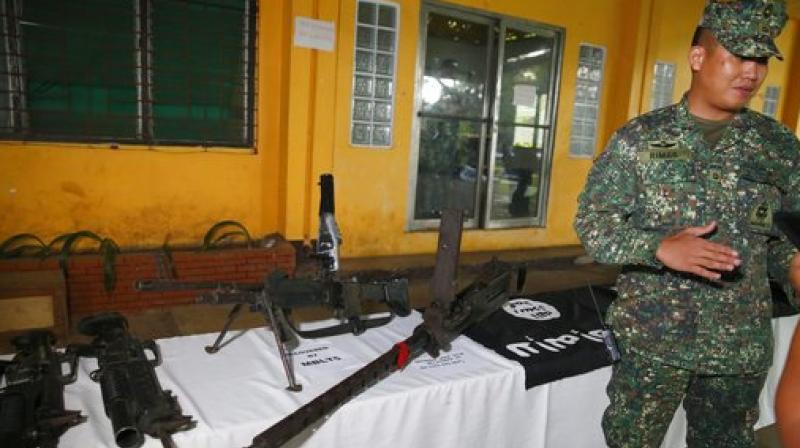 Marawi (Philippines): Officials say the death toll in troops' operation to flush out militants linked to the Islamic State group who have laid siege to a southern Philippine city has risen to 129, with 89 extremists among the dead.

Military spokesman Restituto Padilla said Wednesday 960 civilians have been rescued, and an estimated 1,000 residents remain trapped in Marawi. He says troops have cleared almost 90 percent of the city, where the gunmen have been fending off the military for more than a week.

Padilla says a video of a Catholic priest taken hostage appears authentic but is likely being used by militants for propaganda.

The siege in Marawi followed an unsuccessful army raid to capture militant commander Isnilon Hapilon, designated by the Islamic State group as its leader in the Philippines.