The GCC is a political and economic union including Saudi Arabia, Bahrain, the UAE, Qatar, Oman and Kuwait. 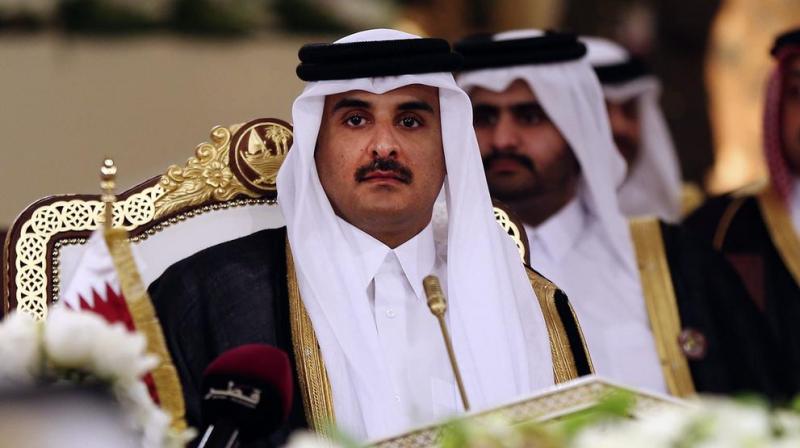 "The correct step to preserve the GCC would be to freeze Qatar's membership until it sees reason and accepts the demands of our countries. If not, we will be fine with it leaving the GCC," Sheikh Khalid bin Ahmed al-Khalifa said on Twitter.

Bahrain, Saudi Arabia, the United Arab Emirates and Egypt on June 5 severed ties with Qatar over accusations of supporting extremism and being too close to Shiite rival Iran, charges Doha has denied.

Founded in 1981, the GCC is a political and economic union that includes Saudi Arabia, Bahrain, the United Arab Emirates and Qatar, as well as Oman and Kuwait.

Experts have warned that the nearly five-month-long diplomatic crisis could cause the six-nation bloc's demise.

Saudi Arabia and its allies in June issued Qatar with a list of demands including shutting down Doha-based broadcaster Al-Jazeera, curbing relations with Iran and closing a Turkish military base in the emirate.

"Bahrain will not attend a summit with Qatar, which becomes closer to Iran each day and brings foreign forces (to its soil), dangerous steps for the security of GCC countries," Sheikh Khalid said.

GCC members are supposed to meet before the end of the year, but the crisis could see the bloc's annual meeting postponed or cancelled.

In an interview airing Sunday, Qatar's emir accused Saudi Arabia and its Arab allies of seeking to topple his government.

"History as well tells us, teaches us they tried to do that before, in 1996 after my father became the emir. So, and they made it also so obvious in the last couple of weeks."