Man pushed from rooftop by ISIS militants, stoned to death for being gay

This is not the first time the ISIS has indulged in carrying out such executions in the name of Islam. 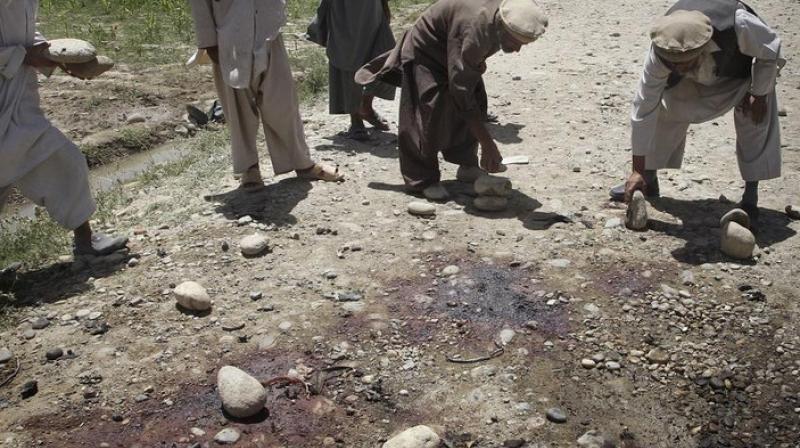 the militants had kept rocks on the street with which the crowd could stone the victim the moment he fell down. (Photo: Representational/AP)

Mosul: In yet another horrifying incident, the Islamic State (IS) group militants executed a prisoner by throwing him off the roof of a high-rise building in Iraq's Mosul after discovering his sexuality.

According to a report in Daily Mail, ISIS militants carried out the brutal act after they came to know that the victim was gay.

The execution was carried out in a public place amid jeering crowd who had gathered to watch the victim being stoned to death before being thrown off the roof.

Images released by the terror group show the victim being blindfolded and pushed, face first, off the roof. Moreover, the militants had kept rocks on the street with which the crowd could stone the victim the moment he fell down.

This is not the first time Islamic State has awarded its prisoners with inhumane punishments. In a similar incident in December 2016, a man was blindfolded and thrown the top of a building in Maslamah City in Aleppo, Syria, then pelted with stones by a fanatic mob for being gay.