Rumours have abounded about Baghdadi's own health and movements, but his whereabouts remain unclear. 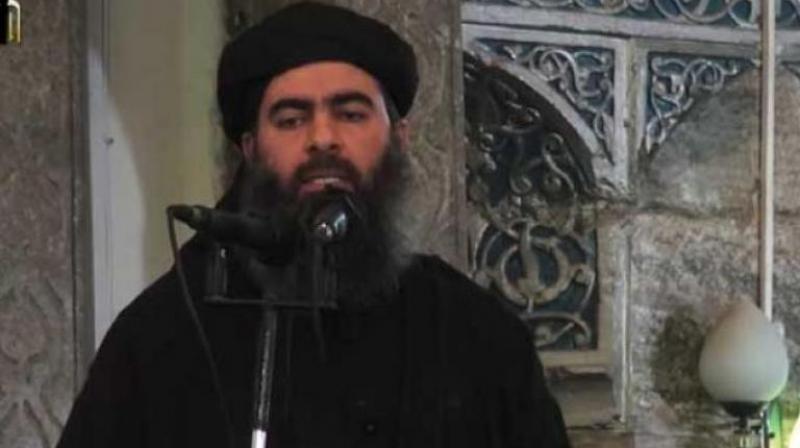 It was not clear when the message, released by the IS-affiliated Al-Furqan media group, was recorded. (Photo: PTI/File)

Beirut: The Islamic State group released an audio recording on Thursday of what it said was its leader Abu Bakr al-Baghdadi calling on members under pressure in Syria and Iraq to "resist" their enemies.

"The leaders of the Islamic State and its soldiers have realised that the path to... victory is to be patient and resist the infidels whatever their alliances," said the person heard in the recording.

It was not clear when the message, released by the IS-affiliated Al-Furqan media group, was recorded.

In it, the apparent IS leader lashed out at "infidel nations headed by America, Russia and Iran" who, along with their allies, have inflicted losses on the jihadists during separate anti-IS offensives against IS in Syria and Iraq.

Thursday's was the first audio message said to be of Baghdadi since November 2016, when he spoke in a defiant tone in urging his supporters to defend the city of Mosul against a massive operation by Iraqi forces.

That recording, also released by Al-Furqan, was a rare sign of life from Baghdadi.

In July, Moscow said it was struggling to confirm if Baghdadi was dead or alive, a month after reporting his possible demise in an air strike near the IS stronghold of Raqa in Syria.

Rumours have abounded about Baghdadi's own health and movements, but his whereabouts remain unclear.

Shortly after the jihadists swept across swathes of Iraq in June 2014, Baghdadi appeared before thousands of faithful at Mosul's Great mosque of Al-Nuri to urge Muslims around the world to join his "caliphate" straddling Syria and Iraq.

The jihadists have since lost vast territory in both countries, including in Syria to Russia-backed regime troops and a US-supported Kurdish-Arab alliance.

But his group has claimed its members were behind deadly attacks carried out worldwide, including in Paris, London and Barcelona.