Hawchieh had untowardly images and videos of ‘taking part in a sex act with a fish,’ on his Facebook profile. 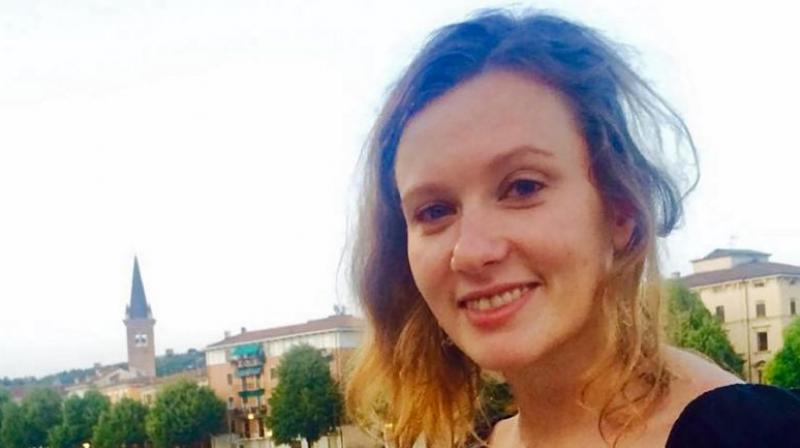 30-year-old Rebecca Dykes was working at the British Embassy in the Lebanese capital, pursuing her passion for travel and engaging in humanitarian work, oblivious to the brutal death she was soon to be faced with. (Photo: AFP)

Beirut: 30-year-old Rebecca Dykes was working at the British Embassy in the Lebanese capital, pursuing her passion for travel and engaging in humanitarian work, oblivious to the brutal death she was soon to be faced with.

The prime suspect in the case, Tarek Hawchieh – an Uber driver – told police that he raped and strangled Dykes to death because “she was wearing a short skirt”.

Dykes stepped into her Uber after a night out with her friends, soon to be left at the mercy of her driver, Hawchieh.

"He said he found her pretty, wearing a short skirt…and so he decided to rape her as it would be easy as she was a foreigner," a Lebanese police officer told Daily Mail.

He dumped Dykes’ body at the side of the road.

Upon finding her body, police used the tracking information from Hwachieh’s car to locate him.

Dykes’ family thanked authorities for the spontaneous and thorough actions taken, saying that “they are grateful that the investigation is moving at pace.”

"She always wanted to make the world a better place - her humanitarian work in Beirut was testament to that," Dykes’ family said.

According to reports, Hawchieh who had a criminal record and had served time in jail, showcased untowardly images and videos of ‘taking part in a sex act with a fish,’ posing with a Kalashnikov and pouring himself vodka, on his Facebook profile.

"This company, when it hires drivers, and lets them work within its organisation, does not check their priors," Machnouk said at a news conference, referring to the fact that Hawchieh had been imprisoned for three priors involving drugs.

Rubbishing the claims, an Uber spokesperson said that all Uber drivers were hired after their judicial records were checked and they were fully licensed.

A copy of Hawcheih’s judicial record published by local media showed no judgments against the driver.

Uber clarified via email that Hawchieh was a licensed taxi driver with a ‘clean background.’