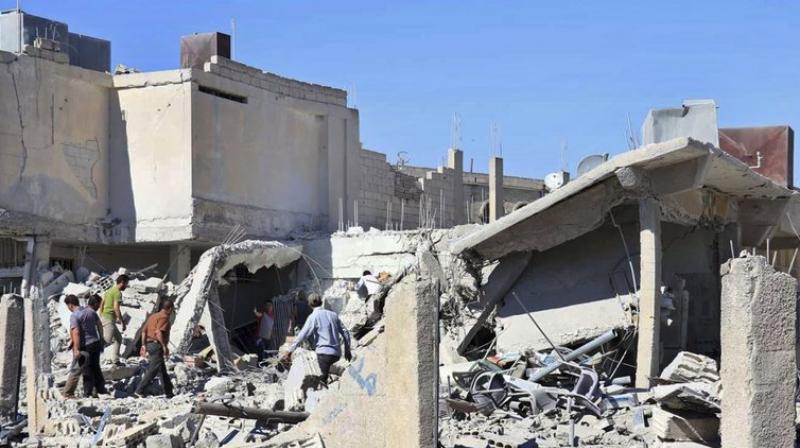 Government forces have been ramping up their bombardment of rebel-held areas of the south since June 19, and allied Russian warplanes carried out their first raids on the region in a year on June 23. (Photo: AP)

Syria: A barrage of Russian air strikes on rebel-held areas of southern Syria killed 22 civilians on Thursday, a monitoring group said, most of them in a single battered town.

"One of them hit a basement where people were taking shelter, killing 17 civilians, including five children," the Britain-based monitor said.

The Observatory says it determines who carried out particular strikes based on the type of aircraft and munitions used, the locations and the flight patterns.

The hospital in Al-Mseifra had been put out of service by Russian strikes on Tuesday night, the Observatory said.

Another five civilians were killed in other rebel-controlled areas of Daraa, the main province in southern Syria.

"This is the highest toll since the escalation began on June 19," said Observatory head Rami Abdel Rahman.

Government forces have been ramping up their bombardment of rebel-held areas of the south since June 19, and allied Russian warplanes carried out their first raids on the region in a year on June 23.

in July last year, Russia, the United States and Jordan had agreed on a de-escalation zone for rebel-controlled parts of the south.

After that, Russian warplanes -- active in Syria since 2015 -- had refrained from bombing rebel positions in the region.