The attack, which wounded at least 30 others, is part of an air campaign against Iran-backed rebels, known as Houthis. 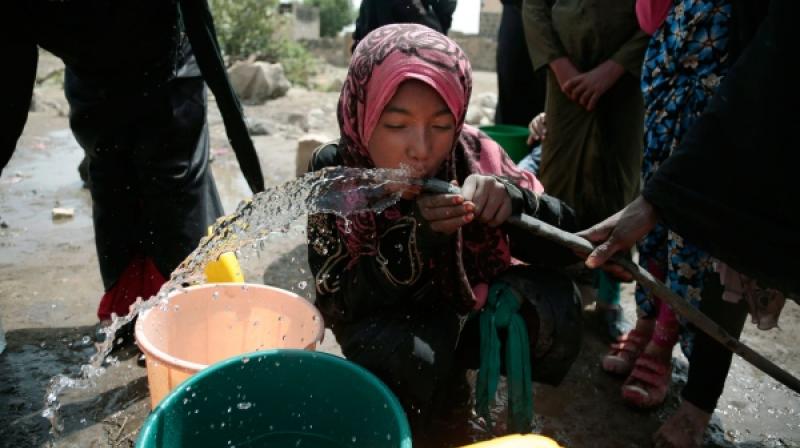 The stalemated war has killed more than 10,000 civilians and pushed the Arab world's poorest country to the brink of famine. (Photo: AP)

Sanaa: Yemeni witnesses and security officials say a Saudi-led coalition airstrike on a crowded market has killed at least 25 people, including children.

They say Tuesday’s strike in the western province of Taiz wounded at least 30 others.

The witnesses and officials spoke on condition of anonymity because they feared retaliation or were not authorized to brief the media.

The coalition could not immediately be reached for comment.

International rights groups have accused the coalition of bombing civilian gatherings, markets, hospitals and residential areas across Yemen since the beginning of its air campaign against Iran-backed rebels, known as Houthis, in March 2015.

The stalemated war has killed more than 10,000 civilians and pushed the Arab world's poorest country to the brink of famine.