It was seized by Iranian Islamic Revolutionary Guard Corps in Strait of Hormuz on July 19 over an alleged violation of maritime rules. 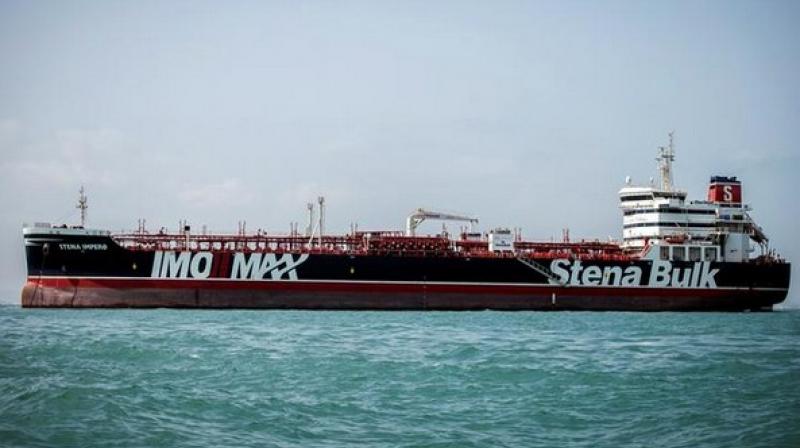 Iran's tanker was released on August 19 after Gibraltar reportedly received assurances that the cargo would not be delivered to Syria. (Photo: ANI)

"The Stena Impero tanker started its travel from the Bandar Abbas port toward the international corridor in the Persian Gulf today at 9 am (local time)," Iran's Ports and Maritime Organization (PMO) department for the Hormozgan province, where the tanker used to be held, said in a statement.

A video featuring the movement of the vessel has also been released in Iranian media.

Stena Impero was seized by the Iranian Islamic Revolutionary Guard Corps in the Strait of Hormuz on July 19 over an alleged violation of international maritime rules.

This came after Iran's Adrian Darya 1 oil tanker had been seized by UK marines off the coast of Gibraltar over an alleged breach of EU sanctions imposed on Syria.

Iran's tanker was released on August 19 after Gibraltar reportedly received assurances that the cargo would not be delivered to Syria.