ISIS claims responsibility of shooting down 29 Egyptian Christians on bus 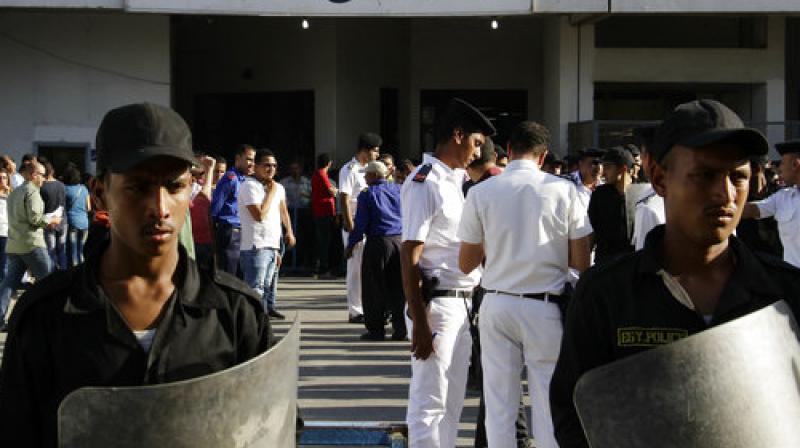 Egyptian officials say dozens of people have been killed and wounded in an attack by masked gunmen on a bus carrying Coptic Christians south of Cairo. (Photo: AP)

Cairo: The Islamic State group on Saturday claimed responsibility for shooting dead 29 Christians on a bus in central Egypt, an attack that prompted retaliatory air strikes on jihadists in neighbouring Libya.

The shooting in the province of Minya on Friday, as the Coptic Christians were travelling on a bus to a monastery, was the latest in a series of attacks by ISIS that have killed more than 100 Copts since December.

"A security detachment from the Islamic State carried out an attack yesterday in Minya," the group's self styled Amaq news agency reported.

Masked gunmen in three pick-up trucks had attacked the bus as it was heading for Saint Samuel monastery in Minya province, more than 200 kilometres (120 miles) south of Cairo, before fleeing, according to the interior ministry.

Egypt's government said the shooting killed 29 people, and it responded by conducting air strikes on jihadist camps in the eastern Libyan city of Derna later on Friday.

The bus attack followed two suicide bombings of churches in April that killed 45 Copts. In December, a suicide bomber struck a church in Cairo, killing 29 Copts.

ISIS claimed all the bombings and threatened more attacks on the Copts, who make up about 10 percent of Egypt's 90-million population.