The alliance was announced in 2015 under the auspices of Prince Mohammed. 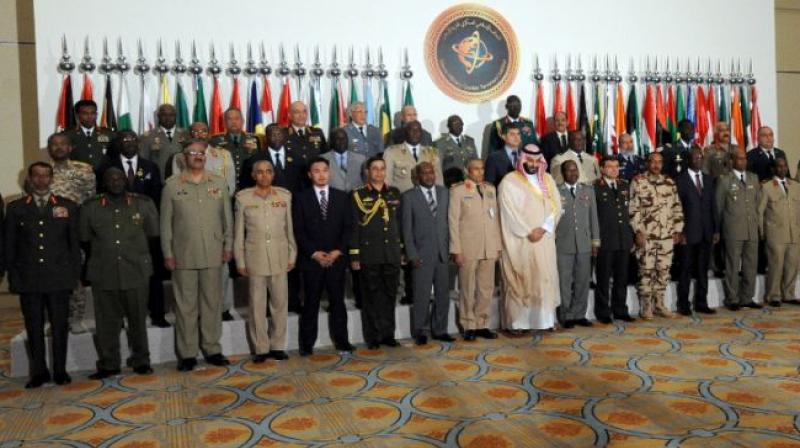 The summit is the first meeting of defence ministers and other senior officials from the Islamic Military Counter Terrorism Coalition, which officially counts 41 members. (Photo: AFP)

"In past years, terrorism has been functioning in all of our countries... with no coordination" among them, he said in his keynote speech.

"This ends today, with this alliance."

Prince Mohammed said the 40 countries were sending a "clear signal" that they would "work together to support the military, financial, intelligence and political efforts of every member state".

The summit is the first meeting of defence ministers and other senior officials from the Islamic Military Counter Terrorism Coalition, which officially counts 41 members.

The alliance was announced in 2015 under the auspices of Prince Mohammed, whose rapid ascent since his appointment as heir to the throne in June has shaken the political scene across the region.

The alliance groups largely, although not exclusively, Sunni-majority or Sunni-ruled countries.

It excludes Saudi Arabia's arch-rival, Shiite-dominated Iran, as well as Syria and Iraq, whose leaders have close ties to Tehran.

Sunday's meeting coincides with an escalation in tensions between Riyadh and Tehran, particularly over wars in Syria and Yemen and the political structure of multi-confessional Lebanon.

The meeting also comes as several military coalitions, with backers including both Iran and key Saudi ally the United States, close in on the Islamic State group in Iraq and Syria.

While the alliance officially includes Qatar, which is the target of a six-month boycott led by Saudi Arabia, organisers in Riyadh said no Qatari officials were present at the meeting.

Saudi Arabia, the UAE, Egypt and Bahrain - all members of the counter terrorism alliance - abruptly cut diplomatic and trade ties with Qatar in June, accusing the emirate of being too close to Iran and supporting Islamist extremism.