Iran has repeatedly said its missile programme is defensive and not negotiable. 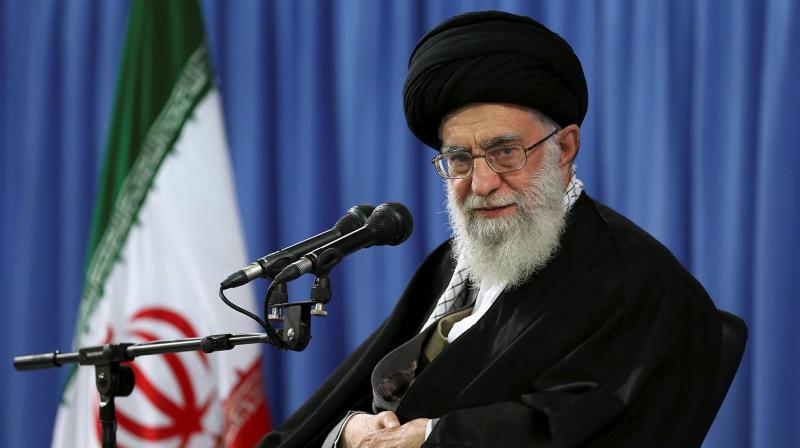 Jafari said the ballistic missile range was based on the limits set by the country's Supreme Leader Ayatollah Ali Khamenei, who is the head of armed forces. (Photo:)

London/Tehran: The deputy head of Iran's Revolutionary Guards warned Europe that if it threatens Tehran, the Guards will increase the range of missiles to above 2,000 kilometres, the Fars news agency reported on Saturday.

France has called for an "uncompromising" dialogue with Iran about its ballistic missile programme and a possible negotiation over the issue separate from Tehran's 2015 nuclear deal with world powers.

Iran has repeatedly said its missile programme is defensive and not negotiable.

"If we have kept the range of our missiles to 2,000 kilometres, it's not due to lack of technology. ... We are following a strategic doctrine," Brigadier General Hossein Salami said, according to Fars.

The head of Iran's Revolutionary Guards military force, Major General Mohammad Ali Jafari, said in October that Iran's 2,000-kilometre missile range could cover "most of American interest and forces" within the region, so Iran did not need to extend it.

Jafari said the ballistic missile range was based on the limits set by the country's Supreme Leader Ayatollah Ali Khamenei, who is the head of armed forces.

Iran has one of the Middle East's largest missile programmes and some of its precision-guided missiles have the range to strike Israel.

The United States accused Iran in November of supplying Yemen's Houthi rebels with a missile that was fired into Saudi Arabia in July and called for the United Nations to hold Tehran accountable for violating two UN Security Council resolutions.

Iran has denied supplying the Houthis with missiles and weapons.

"Yemen is in total blockade. How could we have given them any missile?" Salami said, according to the Fars report on Saturday. "If Iran can send a missile to Yemen, it shows the incapability of (the Saudi coalition). But we have not given them missiles."

Salami said the Houthis managed to increase the range and precision of their missiles in a "scientific breakthrough."

Jafari, the head of the Revolutionary Guards, said on Thursday that Iran only provides "advisory and spiritual" assistances to the Houthis.

Iran long denied sending fighters to Syria to help President Bashar al-Assad in the fight against the rebels, and said the Revolutionary Guards' presence on the ground was advisory.

In what seemed to be a correction of Jafari's comments, Salami said on Saturday that Iran's support for the Houthis was "political and spiritual."

The United States has imposed unilateral sanctions on Iran, saying its missile tests violate a UN resolution that calls on Tehran not to undertake activities related to missiles capable of delivering nuclear weapons.

The United States says Iran's missile programme is a breach of international law because the missiles could carry nuclear warheads in the future.

Iran denies it is seeking nuclear weapons and says its nuclear programme is for civilian uses only.