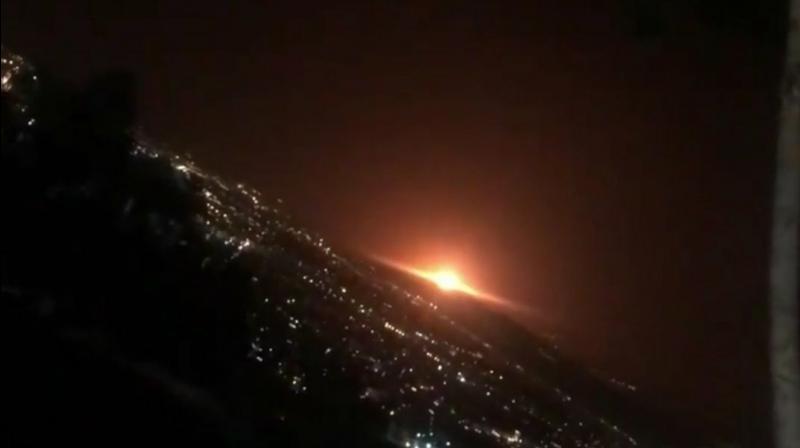 The tank blew up around midnight, with Fars news agency saying "a number of social media users reported seeing an orange light" in the east of the Iranian capital.

The blaze was brought under control by firefighters, and investigations were underway to determine the cause, he told state television.

Fars, which is close to ultra-conservatives in Iran, said that according to "videos sent by (our) readers, this light was seen for a few seconds".

It cited an "informed source" and said the site of the incident was not related to the military.

"At the entrance of the (nearby) Parchin military zone, there is no movement or traffic of fire and rescue vehicles," the news agency added.

AFP could not immediately verify purported videos of the explosion that went viral on Twitter.

Fars said that the flash of light was caused by "an industrial gas tank explosion" near a facility belonging to the defence ministry.

"The cause of this sound and light is not yet known, but it was clearly heard in Pardis, in Boumhen and surrounding areas" of the Iranian capital, it said.