Hassan Rouhani added that threats and sanctions were not the correct way of solving problems between countries. 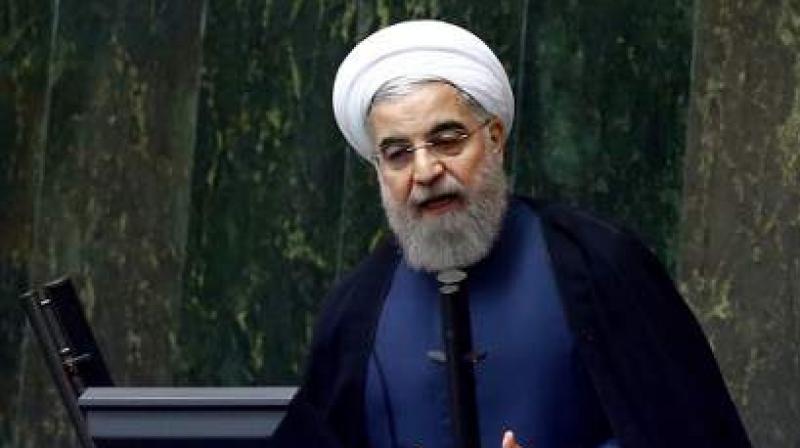 Tehran: Iranian President Hassan Rouhani on Sunday said his country wants to bolster ties with Qatar and rejected a Saudi-led blockade of the Gulf Arab emirate.

"Iran's policy is to develop more and more its relations with Doha," Rouhani said in a phone conversation with the emir of Qatar, Sheikh Tamim bin Hamad Al-Thani, according to the presidency website.

"Tehran stands alongside the people and government of Qatar and we believe that... pressure, threats and sanctions are not a good solution to solve problems" between countries of the region, Rouhani added.

Saudi Arabia, the United Arab Emirates and Bahrain are among several countries which announced on June 5 the suspension of all ties to Qatar, accusing it of support for extremist groups, a claim Doha denies.

They have also closed their airspace to Qatari carriers and blocked the emirate's only land border -- vital for its food imports.

Shiite dominated Iran, an arch-rival of Sunni-ruled Saudi Arabia, has stepped in by shipping to Qatar tonnes of fruit and vegetables.

"Helping Qatar economically and developing ties, particularly in the private sectors of both countries, could be a common goal," Rouhani said on Sunday.

Saudi Arabia and its allies, including Egypt, have issued 13 demands which they want Qatar to meet in return for an end to the nearly three-week-old diplomatic and trade "blockade".

Doha has said denounced the demands -- including the closure of Al-Jazeera news channel and downgrading ties with Tehran -- as unreasonable.