The latest strike came as the UN urged all nations bombing jihadist targets in Syria to distinguish between civilian and military targets. 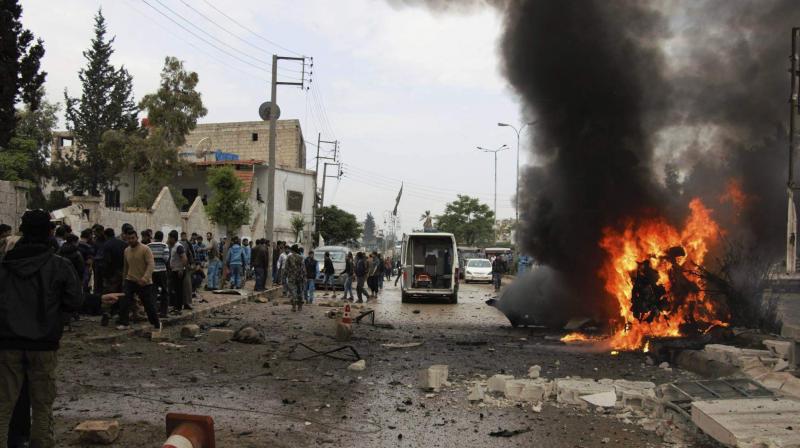 "The toll includes 33 children. They were families seeking refuge in the town's municipal building," said Rami Abdel Rahman, head of the Syrian Observatory for Human Rights. "This is the highest toll for relatives of IS members in Syria," Abdel Rahman told.

The latest strike came as the United Nations urged all nations bombing jihadist targets in Syria to better distinguish between civilian and military targets.

The Britain-based Observatory gathered information from civilian and medical sources on the ground in IS-held Mayadeen, which was facing its third day of fierce bombing.

The 68-member coalition began bombing IS targets in Iraq in the summer of 2014, and expanded their operations to Syria on September 23 of that year.

This week, the Observatory reported the highest monthly civilian death toll for the coalition's operations in Syria. Between April 23 and May 23 of this year, coalition strikes killed a total of 225 civilians in Syria, including dozens of children.

On Thursday, a Pentagon investigation concluded that at least 105 civilians died in an anti-jihadist air strike on an IS weapons cache in Mosul in March. Prior to the new revelation, the US military had said coalition air strikes in Iraq and Syria had "unintentionally" killed a total of 352 civilians since 2014.