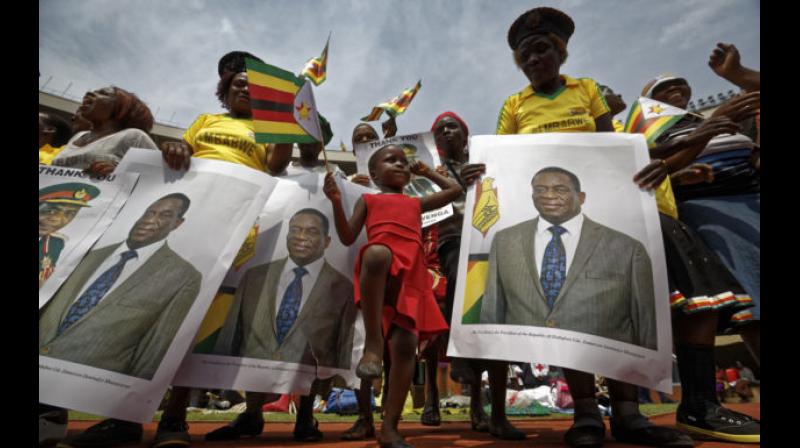 Mnangagwa inherits a southern African nation that once was prosperous but now struggles amid a severe cash shortage and high unemployment. (Photo: AP)

Harare: Zimbabwe’s new president is reaching out to the world after years of sanctions and international condemnation over rights abuses, saying that “We ask those who have punished us in the past to reconsider.”

President Emmerson Mnangagwa also vows that “all foreign investment will be safe in Zimbabwe,” addressing fears after moves by former leader Robert Mugabe to nationalize the country’s lucrative resources such as diamonds.

Mnangagwa inherits a southern African nation that once was prosperous but now struggles amid a severe cash shortage and high unemployment.

Mnangagwa has now completed his speech to the nation.

Some international leaders are urging Zimbabwe’s new president to deliver on his promises of inclusiveness, economic reform and free and fair elections.

Britain’s minister for Africa, Rory Stewart, says in a video message from Zimbabwe that “this was one of the wealthiest countries in Africa, has incredible human potential, very, very educated population … this is a country which has suffered terribly and which may be, if we’re patient and if we’re careful, be at a moment of change.”

The group of global leaders known as The Elders is urging Zimbabwe’s military, politicians and civil society to work together under new President Emmerson Mnangagwa, saying that “upcoming elections in 2018 are a crucial test of Zimbabwe’s new leaders’ commitment to democracy and political reform.”