Politicians and Shi’ite paramilitary leaders have called for calm and the Iraqi government has tried to position itself as a mediator. 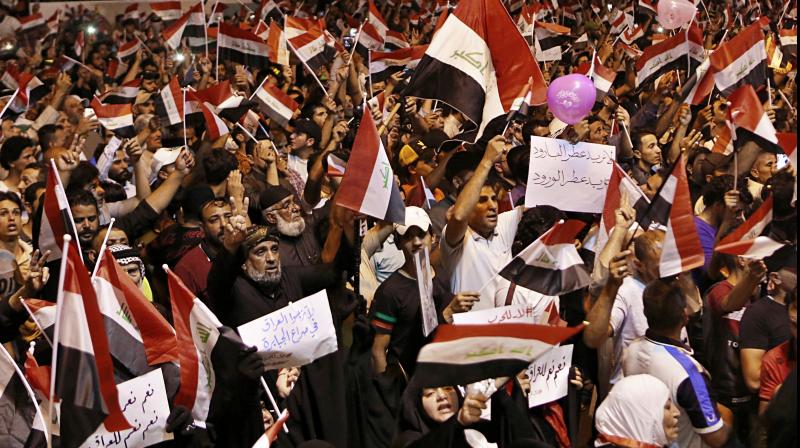 The United States once described Sadr as the most dangerous man in Iraq. (Photo:AP)

Baghdad: Thousands of supporters of a populist Iraqi Shi’ite Muslim cleric urged political and factional leaders on Friday to stay out of any conflict between Baghdad’s two biggest allies, Iran and the United States.

Protesters from the movement of Moqtada al-Sadr, who once led Shi’ite militiamen against US forces and is also vocally critical of Iranian influence in Iraq, chanted “no to war” and “yes to Iraq” in central Baghdad and the southern city of Basra.

Iraqis worry that their country will be caught up in any escalation of US-Iranian tensions, which spiked earlier this month when President Donald Trump’s administration said it had sent additional forces to the Middle East to counter alleged threats including from Iranian-backed militias in Iraq.

Politicians and Shi’ite paramilitary leaders have called for calm and the Iraqi government has tried to position itself as a mediator between the two sides.

“We’ve just recovered from Islamic State. Iraq must not be used as a base to try to harm any country. America doesn’t want Iraq to be stable,” said protester Abu Ali Darraji.

There was speculation that Sadr would speak to demonstrators in Baghdad but he did not appear. The firebrand leader, whose political bloc came first in Iraq’s parliamentary election last year, is a friend of neither Washington nor Shi’ite Iran.

The United States once described Sadr as the most dangerous man in Iraq, and designated his militia at the time, the Mehdi Army, a bigger threat to its forces than al Qaeda during an insurgency against US troops after their 2003 invasion.

Sadr campaigned last year on a platform of Iraqi nationalism, opposed to both US and Iranian influence in the country.

The attack came after Secretary of State Mike Pompeo warned Iraqi leaders that if they failed to keep in check powerful Iran-backed militias, Washington would respond with force.

US intelligence had showed militias positioning rockets near bases housing US forces, according to Iraqi security sources.

After pulling out of Iran’s 2015 nuclear deal with world powers, Trump restored US sanctions on Iran last year and tightened them this month, ordering all countries to halt imports of Iranian oil or face sanctions themselves.

Iraq has said it will send delegations to Washington and Tehran to help calm tensions.

Both Iran and the United States say they do not want war, but security officials and analysts warn that a small incident could spark a new spiral of violence in the volatile region.